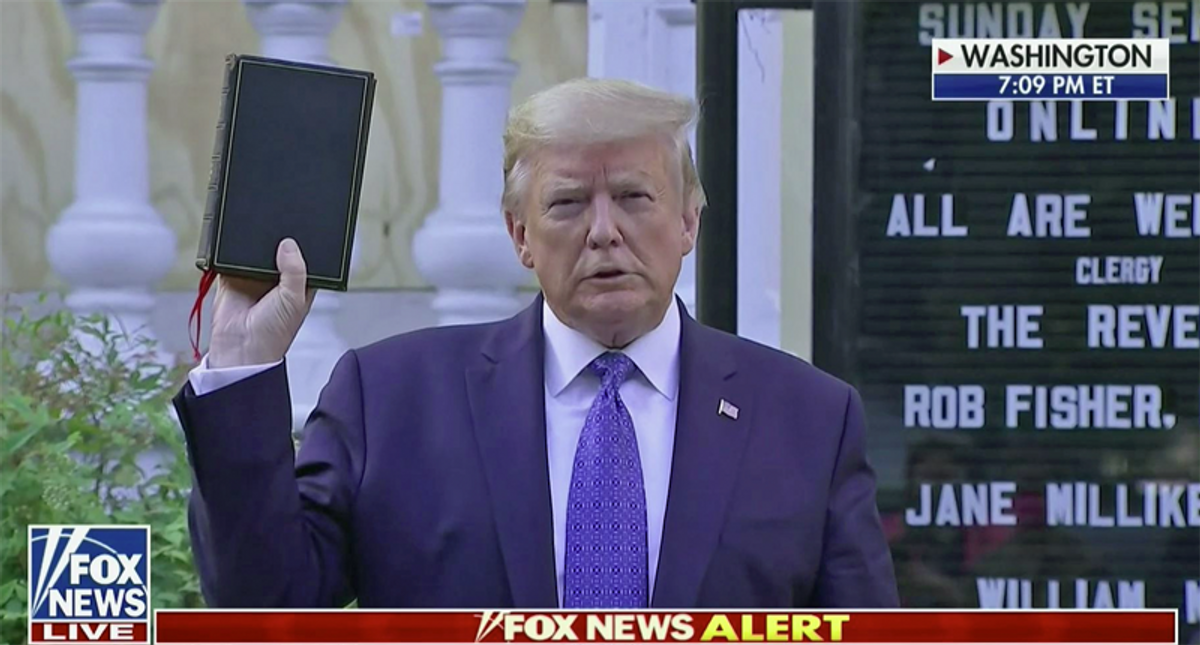 Conservative Christian David French has given a lengthy interview with Vox's Sean Illing in which he makes a stunning admission about hardcore evangelical Trump supporters.

Over the course of the interview, French shows how American evangelicals are uniquely joined at the hip to the Republican Party in a way that other religious dominations are not.

So while many Black Christians vote for Democrats and many conservative Catholics vote for Republicans, they don't on the whole believe that God has personally intervened to help their candidates win elections as many evangelicals do.

"The hardcore Trump evangelical base threatens our constitutional rule of law," French argued. "People on my side have told me for a long time that I'm exaggerating the threat, that I should stop pearl-clutching. But now we've seen a direct violent attack on the US Capitol, on the very seat of American democracy, and it was designed to prevent a peaceful transition of power that was taking place at the exact same time as the attack."

French also says that many people in the media -- and even many of his fellow conservatives -- do not understand what has been happening within the evangelical movement.

"Unless you're in the middle of Trump Country and interacting with grassroots activist Republicans, I don't believe you can possibly understand how deep the conspiracy thinking has wormed its way into the GOP," he said. "I don't think you understand the ferocity of Trumpism. One of the reasons more legislators have not stood up more dramatically to Trump, and let's just be honest about this, is that they fear for their lives and the lives of their families."

Fox News contributor Jason Chaffetz on Monday got embarrassed by one of his own network's reporters after he falsely claimed that the New York Times had been slow to cover scandals swirling around New York Gov. Andrew Cuomo.

During a Fox News segment, Chaffetz recapped all the controversies surrounding Cuomo, who has come under fire for allegations of sexual harassment and revelations that he hid data on COVID-19 nursing home deaths.