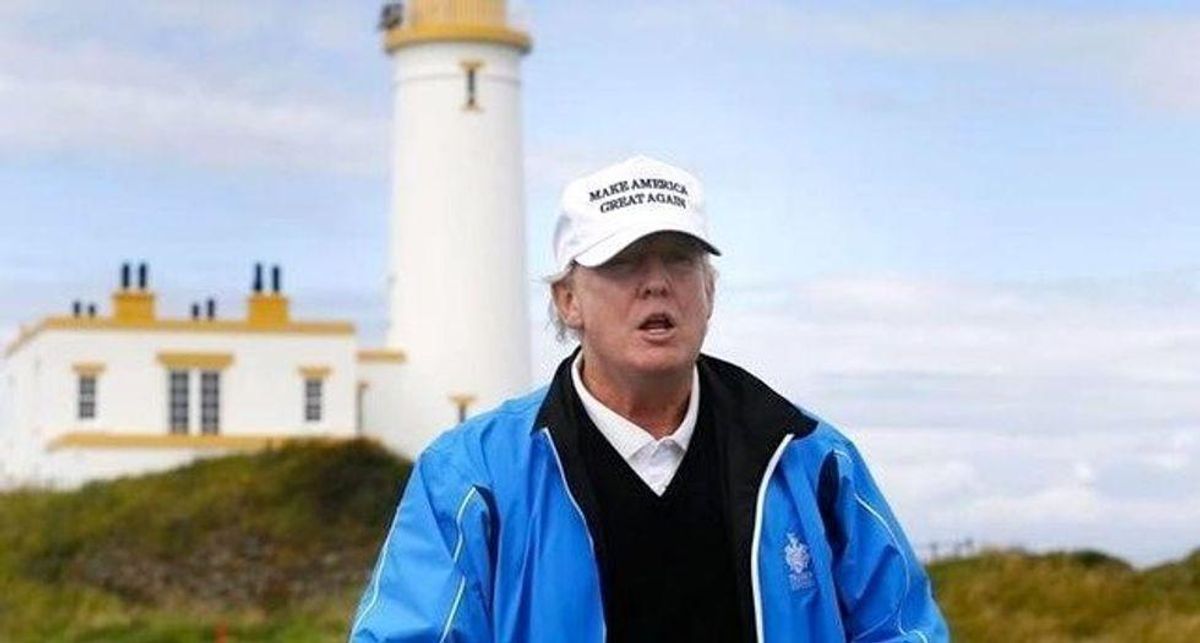 Insider reports that Trump properties Turnberry near Glasgow and Trump Golf Links International in Aberdeenshire are "dependent on loans from Trump and US-owned entities to stay afloat," and that some of those loans are problematic due to currency fluctuations.

"The problem is that Trump appears to have created those loans in British pound sterling — as evidenced by the fact they are all displayed as sterling loans on Companies House," Insider's Thomas Colson reported, adding, "Unfortunately for Trump, the British pound has declined significantly in value against the dollar in the period since Trump started issuing loans to his golf courses."

Due to the decline in value of the British pound, Trump's loans, when repaid, " ...to Trump in his native dollar currency, they are going to be worth considerably less than when he issued them."

According to Stephen Clapham, an investment analyst and founder of financial website Behind the Balance Sheet, Trump has been taking a major hit dating back to last year.

"The pound was worth $1.27 made those calculations, and it has since risen to $1.42 (as of June 9), meaning some of those losses will have been mitigated — but the current figure would still represent a loss amounting to tens of millions of dollars," the report continues. "Those losses, said Clapham, appear to have been the result of Trump's failure to 'hedge' the loans he created. In simple terms, hedging is a common business practice that offsets the risk of price movements like a drop in the value of a currency by fixing the repayment rate for a loan when it is created."

The report notes that questions about the loans were not answered by Trump Org officials.