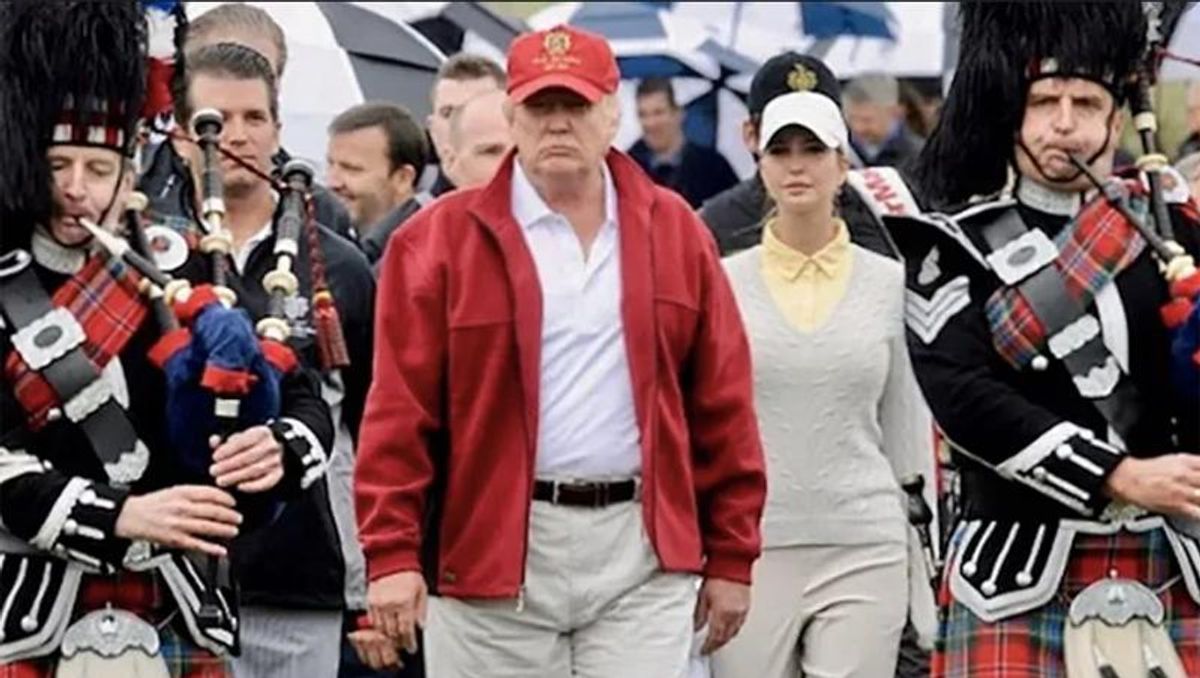 For the eighth year in a row, one of Donald Trump's golf courses in Scotland posted a loss and is continuing to struggle after being hit with the double-whammy of COVID-19 and Brexit.

According to both the Independent and Bloomberg, the International Golf Club showed a $1.5 million (£1.1million) loss one year after losing an almost identical amount the previous year. The report goes on to note that the loss came despite revenues increasing "18% to 3.28 million pounds from 2.77 million pounds in 2018."

The Independent reports that the golf course, which has struggled since Trump purchased it in 2012, is currently surviving on two interest-free loans: one for "£40m from Mr Trump and £3.4 from Mr Trump's company, DJT Holdings LLC."

Despite the struggles and the fact that the president is facing extensive loan liabilities of over $421 million after he leaves office, the report states that the course "is progressing with a new development after getting approval in September 2019 for a 550-unit residential complex with vacation cottages and leisure facilities."