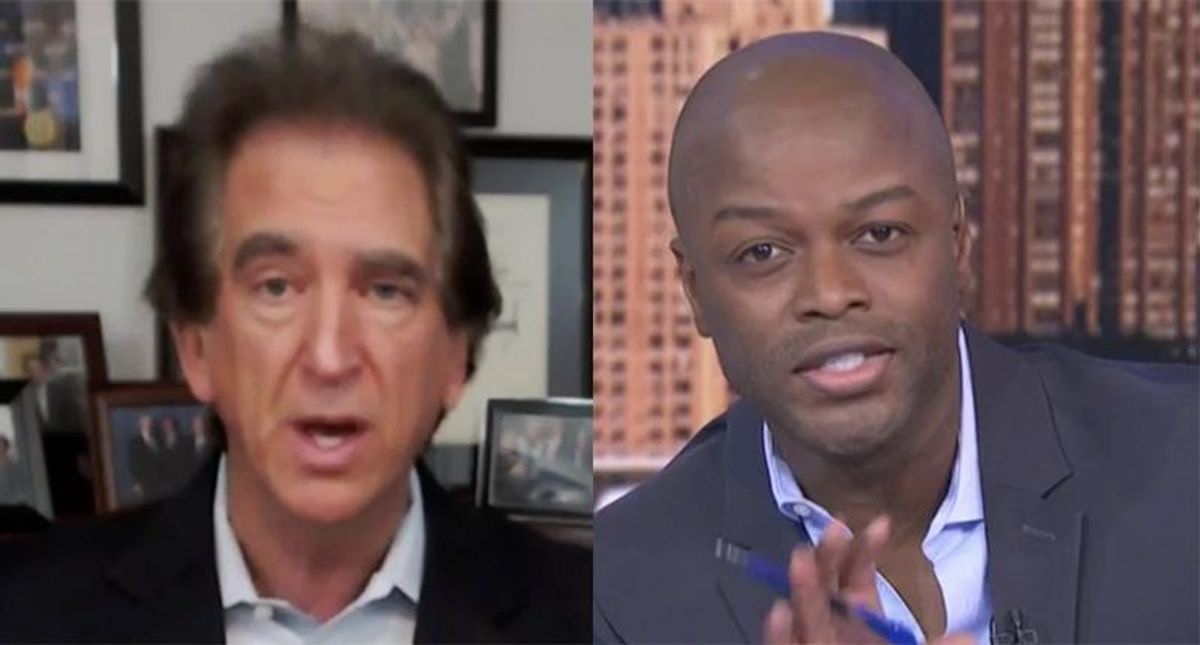 A former Republican congressman from Ohio was pulled up short on MSNBC early Sunday morning after he refused to acknowledge that former Vice President Joe Biden won the 2020 election, insisting instead there is evidence of voter fraud that need to be investigated.

During a discussion with MSNBC host Kendis Gibson, ex-Rep. Jim Renacci (R-OH) insisted over and over again that the "process" of contesting the vote totals by Donald Trump needs to continue as the Senate prepares to tally the Electoral College votes.

"There is a process, we need to follow a process," Renacci stated. The process does allow for the president to continue to look into this. There are many Americans who believe there was election fraud. I believe it needs to be looked into. We have a process: January 6th the House and Senate will make the final approval of the Electoral College and they also have the right to continue to look at this, as well, until January 6th."

"I think the process is occurring," he continued. "I know people hate some of this going on, but there's a lot of Americans who believe there was a problem with the election. "

"It's way too early in the morning for this sort of BS," host Gibson interjected. "No: we're beyond that process. The Electoral College has already voted. Four years ago, were you waiting until January 6th?"

"Absolutely," the former lawmaker shot back. "I was there four years ago. There was Democrats on the House floor who contested the election of President Donald Trump, I was there. It is a process and that's the problem in Washington, nobody wants to follow the process. We could get so much done if you allow the process to occur."

"Is Hugo Chavez involved in rigging this election?" Gibson joked in reference to an accusation made by a Trump lawyer.

"I didn't say that," Renacci replied.

"I'm asking you that," the MSNBC host persisted.

"No, I don't have the details," Renacci continued. "What I do know, there's a lot of people -- they're very uncomfortable. you can laugh and smile about it, but the truth of it is, there's a process. why can't we follow the process? where would you --."

"I'm laughing and smiling about it, it's otherwise to avoid crying about it because it's really a dangerous thing and a dangerous road we're going down here with this," Gibson cut in.