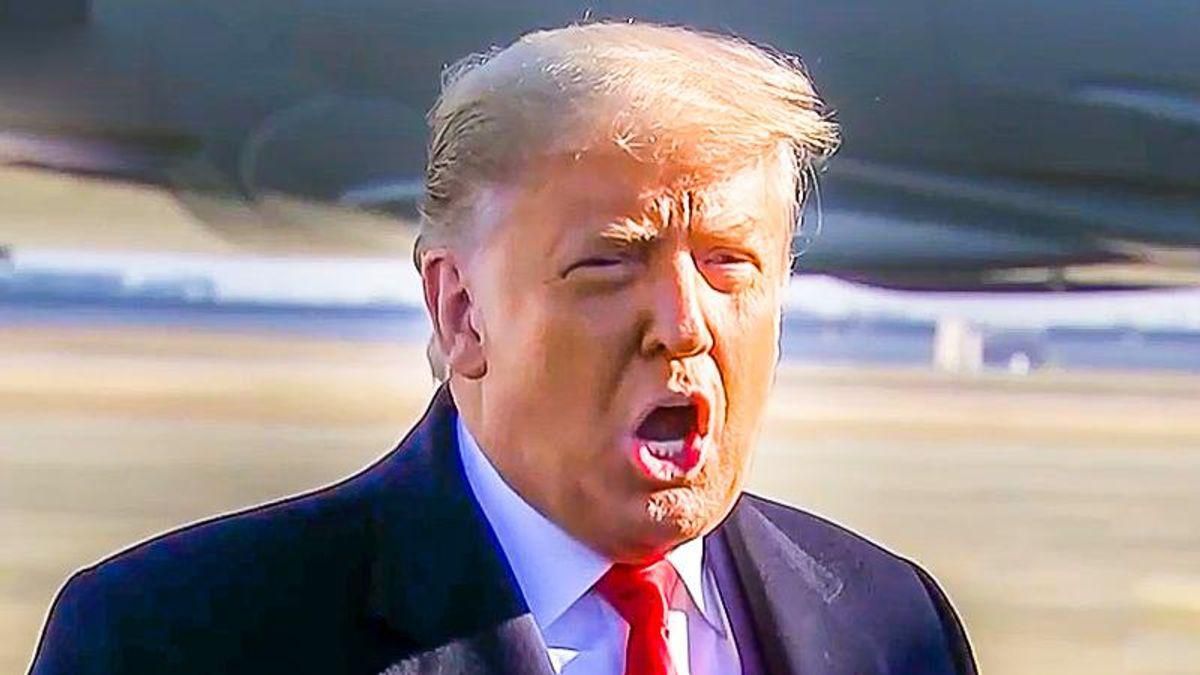 The Daily Beast reports that "there are now two grand juries underway" in Fulton County, Georgia, where Fulton County District Attorney Fani Willis is investigating whether Trump broke state election laws when he asked Secretary of State Brad Raffensperger to "find" the 12,000 votes he needed to overtake President Joe Biden.

What's more, Willis tells The Daily Beast that these grand juries will likely start issuing subpoenas for documents "in the very near future."

The publication notes that while Trump also faces criminal investigations from the New York Attorney General and the Manhattan District Attorney over potential tax fraud, "the case in Georgia may be the strongest" because "there's a trove of evidence --documents, phone calls, witnesses -- that Trump personally interfered with and pressured elections officials in Atlanta as they recounted votes."

Many legal experts believe Trump's call pressuring Raffensperger to overturn the 2020 election opened him up to potential criminal charges.

Georgia state elections law states that a "person commits the offense of criminal solicitation to commit election fraud in the first degree when, with intent that another person engage in conduct constituting a felony under this article, he or she solicits, requests, commands, importunes, or otherwise attempts to cause the other person to engage in such conduct."