Trump is setting the stage to 'throw Rudy under the bus' after feds seized his phones: Michael Cohen 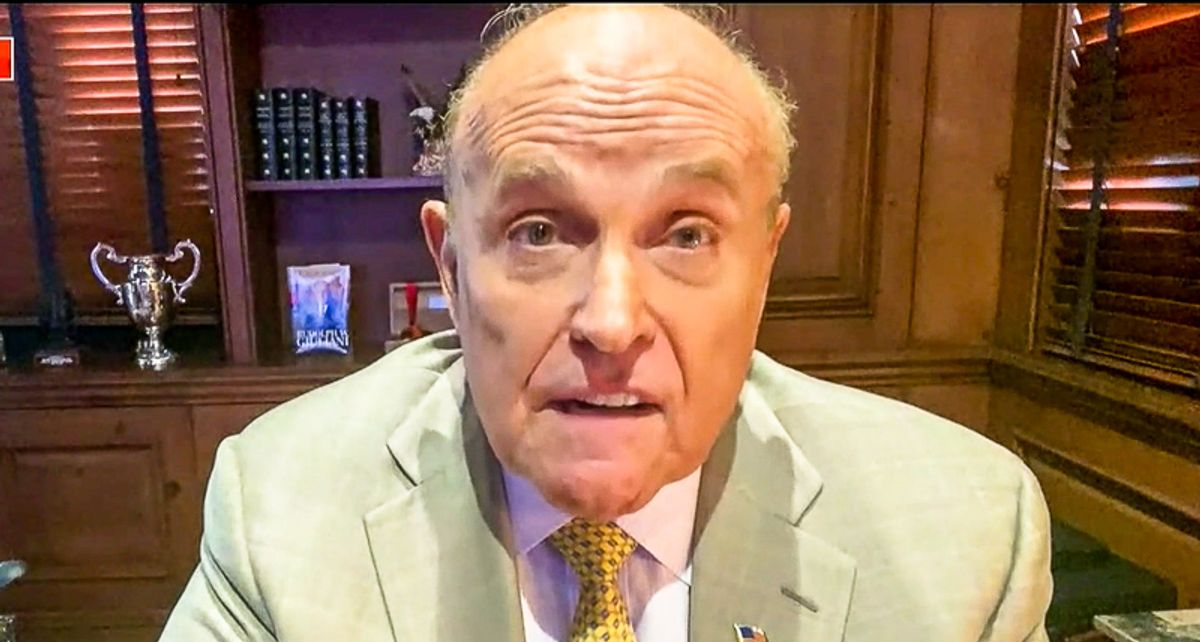 Appearing on MSNBC's "The Sunday Show," former Donald Trump lawyer and fixer Michael Cohen said that former New York City mayor Rudy Giuliani should prepare for the worst after federal authorities seized his phones and computers -- and he shouldn't expect Trump to ride to his rescue.

According to Cohen, there are likely no emails or texts from Trump on Giuliani's phones because the former president doesn't use either, but there might be texts from the former New York City mayor describing actions the ex-president wanted him and others to take. He added that Trump's mild defense of Giuliani so far is an indication that the former president will let Giuliani take the fall for his crimes.

"Donald will treat Rudy the same way he treated me, which is, 'Rudy who? Michael who?' that's just who Donald Trump is," Cohen told the host.

"If Rudy doesn't cooperate, he's a bigger fool than I even thought he was because Donald Trump is going to throw him under the bus the same that he did to me," Cohen observed. "The difference is Rudy will do a 5K-1 Agreement, something I won't do."

"Mine was a campaign finance violation and Rudy's [legal problem] is more significant," Cohen continued. "Rudy potentially involved himself in national security issues whereas mine was a campaign violation that I was never part of the campaign. I didn't do a 5K-1 cooperation agreement. I just cooperated because I refused to be the villain of Donald Trump's story -- I wasn't going to let history portray me that way."