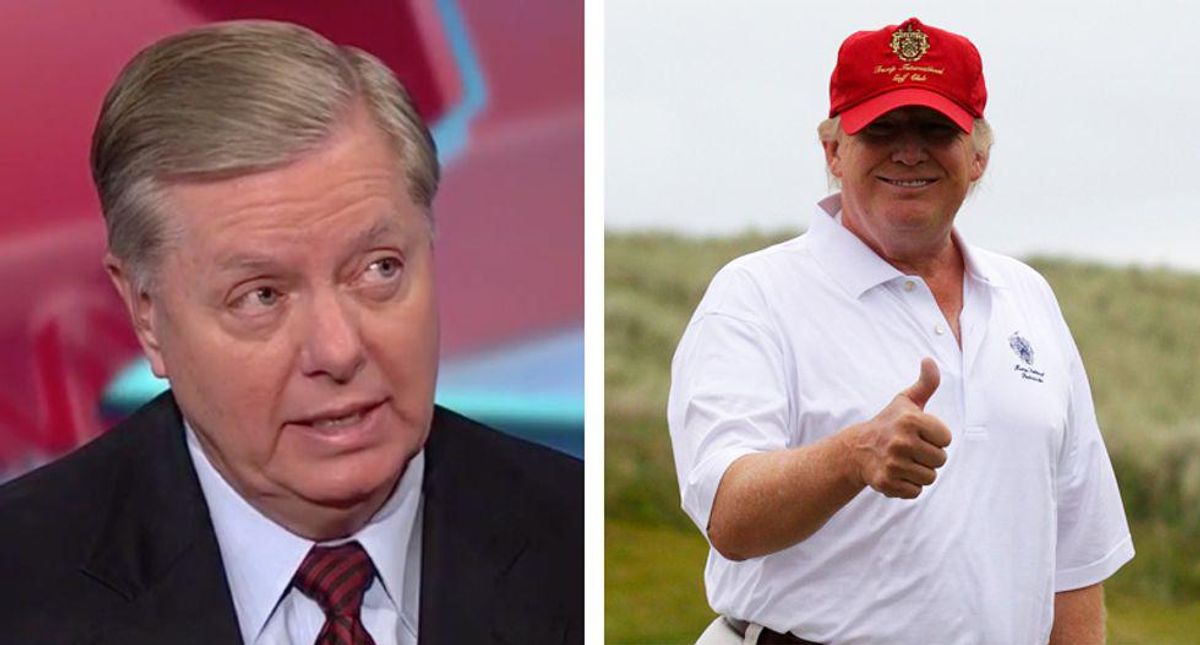 According to a report from the Daily Beast, an investigation into 2020 election tampering by Donald Trump and Sen. Lindsey Graham (R-SC) in Georgia is drawing to a close after investigators met with and interviewed state officials who are also handing over documents.

With Georgia Secretary of State Brad Raffensperger admitting, "They've asked us for documents, they've talked to some of our folks, and we'll cooperate fully," the report notes that Fulton County investigators are still working on making a case against the two Republicans.

According to the Beast's Jose Pagliery and Asawin Suebsaeng, " Fulton County District Attorney Fani Willis previously revealed to The Daily Beast that she has spun up a new anti-corruption team to explore what state laws, if any, were broken when Trump and his allies tried to overturn election results there," adding, "Her investigators have since interviewed at least four officials at the secretary of state's office, asking questions that show a particular interest in Raffensperger's separate phone conversations with Trump and U.S. Senator Lindsey Graham, according to two of these sources, who spoke on the condition of anonymity."

The report notes "DA investigators interviewed a number of people around May who could have been influenced by the former president's plea to find votes," including Ryan Germany, an attorney in the Secretary of State's office who was heard on a recorded call pushing back at Trump's accusations of a conspiracy against him by saying, "That's not accurate, Mr. President."

The report notes that the investigation is close but "The effort to potentially indict Trump faces a steep uphill climb, and not only because it is still unprecedented for a local prosecutor to pursue a criminal case against a former president. Willis, who is still in her first year in office, is operating with county funds that seem rather slim compared to the war chest that Trump has amassed from loyalists."

A similar investigation of former New York City mayor Rudy Guiliani is also proceeding with the Beast reporting, "prosecutors appear to be building an easier case against Giuliani ... who acted on Trump's behalf when he spoke before Georgia's state Senate Judiciary Subcommittee on Dec. 3, 2020 and detailed his rigged election conspiracy."