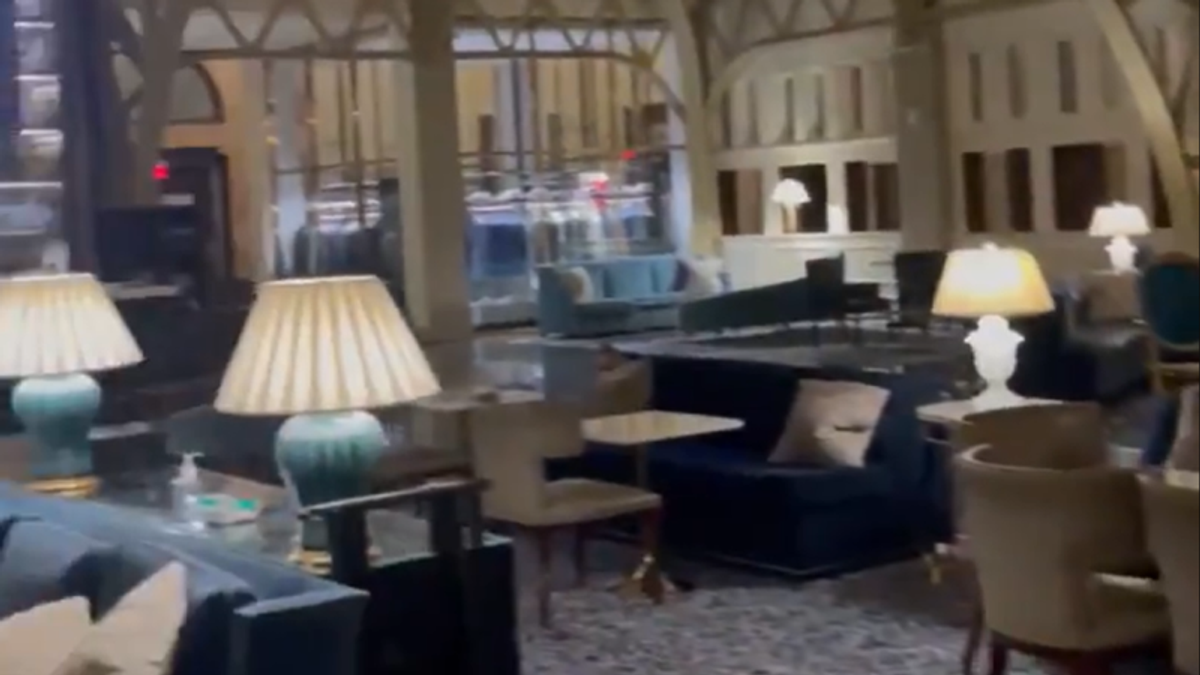 On Thursday, The New York Times reported that the Trump Hotel in Washington, D.C. is struggling to attract business — and that while much of this is attributable to COVID-19 restrictions in the nation's capital, it is suffering even worse than other businesses.

"A financial disclosure report that former President Donald J. Trump released last week covering 2020 showed a 63 percent decline in revenue at the Trump hotel in Washington, dropping to $15.1 million," reported Eric Lipton. "In an interview last week, Eric Trump, the former president's son and the executive vice president of the Trump Organization, attributed the revenue loss to the pandemic and the city's policies forcing the closure of the restaurants and bar."

However, as the report noted, "Across the street from the hotel, Fogo de Chão, a Brazilian steakhouse, was doing much brisker business."

"Mr. Trump's family had tried in 2019 to sell the lease to the hotel in Washington," said the report. "The historic building — the second tallest in the city — is owned by the federal government and is still known as the Old Post Office, from when it used to serve as the headquarters of the agency. A contract sets rent for the building at about $270,000 a month."

This report comes after news that Trump's real estate properties in New York City are also struggling, with prices plummeting and units difficult to move — even properties that don't carry the Trump name. Similarly, at Trump's Mar-a-Lago country club in Palm Beach Florida, where he is taking up residence, members are leaving in droves as the $200,000 fee no longer gives them direct access to the U.S. government.