'Trump voters are ready to declare war with each other' after Capitol riot debacle: GOP pollster 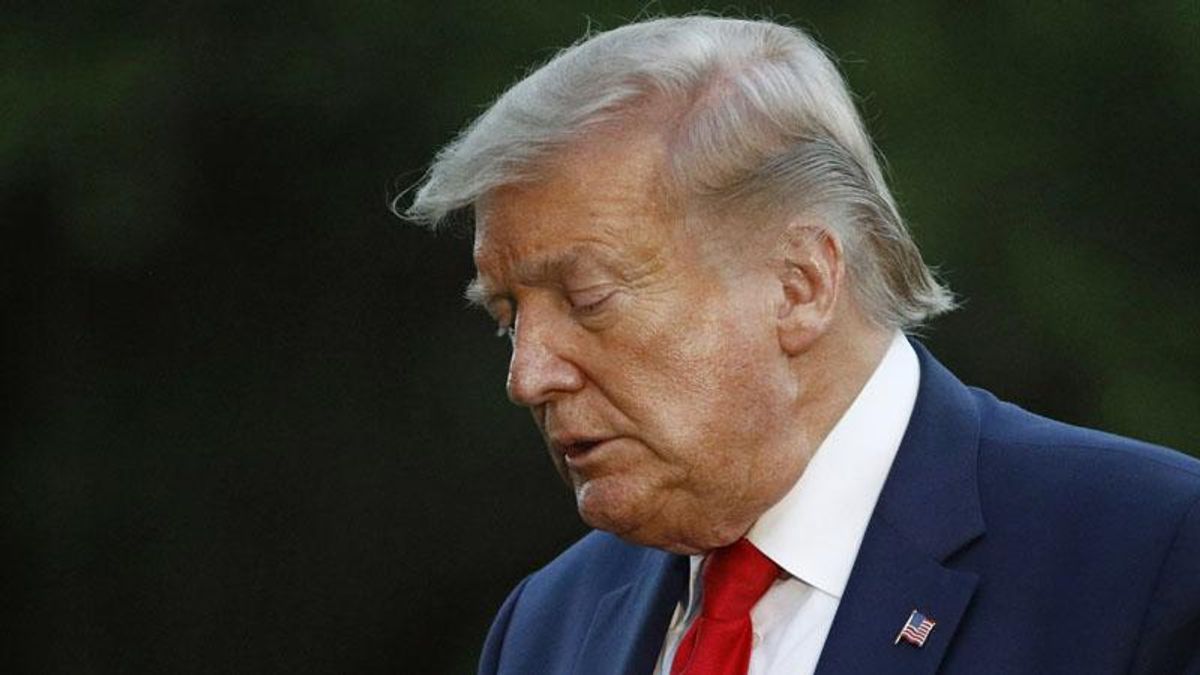 According to a report in the Washington Post, both Republican members of Congress and voters who backed Donald Trump are starting to see the outgoing president as damaged goods after he incited a riot at the U.S. Capitol that led to five deaths and send lawmakers fleeing for their lives.

Under a headline reading, "As Trump leaves office weakened, Republicans wonder if his wounds are fatal," the Post reports that the Wednesday attack that appalled the country likely damaged any chance the president has of any future in politics with some two-time Trump voters wanting nothing to do with him now.

According to the Post's Phillip Rucker, "In the wake of the mob attack on the Capitol that Trump incited, some allies have abandoned him, many in the business community have shunned him and Twitter took away his social media megaphone. Many Republicans also hold him responsible for losing their Senate majority with last week's twin defeats in Georgia, not to mention their House majority two years ago."

In an interview, Republican strategist Scott Reed admitted that last 60 days of Trump's presidency have been nothing short of a disaster.

"The way he handled himself in the last 60 days has tarnished his reputation and his ability to be a future leader — and by botching the Georgia Senate races, his entire economic agenda is about to get overturned by the Senate," Reed explained. "He's really gone backwards like no one ever would have imagined."

While senior Trump advisor Jason Miller claimed, "President Trump is still the biggest name in American politics and the president is still the leader of the Republican Party. He'll be the most sought-after political endorsement heading into the 2022 midterms," longtime conservative pollster Frank Luntz vehemently disagreed.

Citing a focus group with Trump supporters he conducted the night after the attack that claimed five lives, Luntz stated that Trump voters fall into three categories described as: "those who believe the fact that President-elect Joe Biden won the election and think it's time Trump move on; those who think it was stolen from Trump but he still should move on; and those who think it was stolen and Trump should continue to fight."

Luntz said the fracturing of Trump's base "flabbergasted" him.

According to Luntz, this is very bad news for Trump if he plans to make another run for the presidency in 2024.

"When you've got a unified force, you can speak to them as their general and motivate them to change their behavior," he elaborated. "But when they have broken down into tribes, it's impossible to deliver a message that reaches everybody. Trump is much less powerful today than he was 72 hours ago."