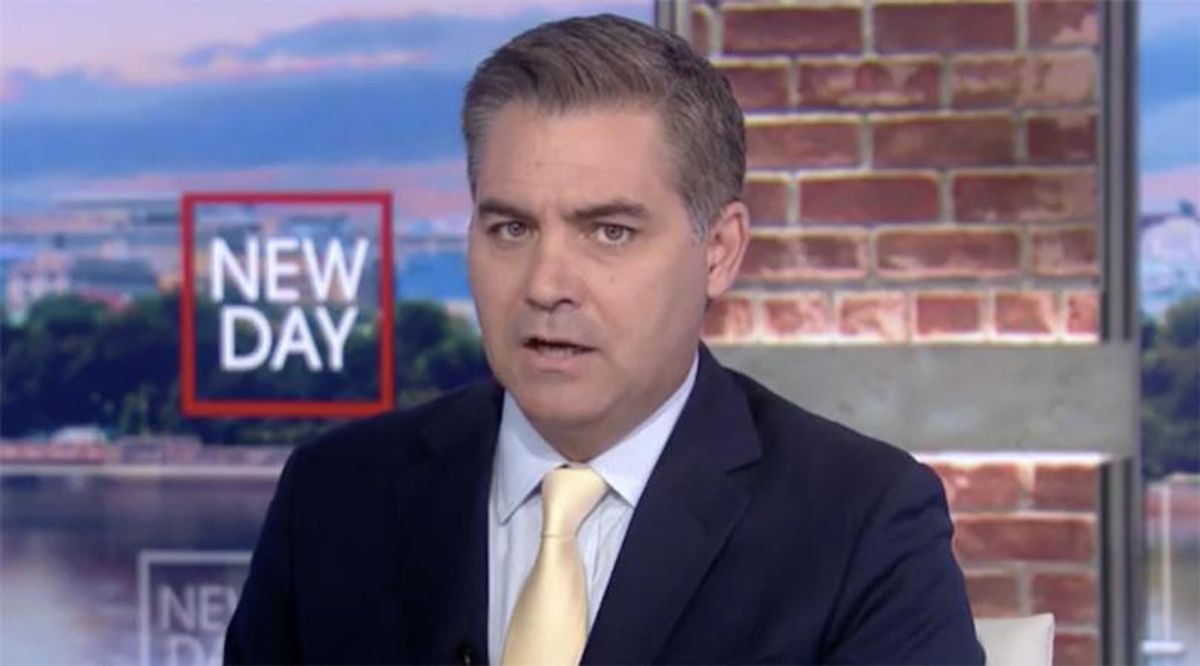 Appearing on CNN's "New Day" on Thursday morning, CNN weekend host -- and former White House correspondent -- Jim Acosta assailed an inspector general report from a Donald Trump appointee at the Interior Department who absolved the Trump administration for ordering the tear gas attack on protesters at Lafayette Park prior to a presidential photo op.

As NPR reported, Trump appointee Mark Greenblatt found, "[T]he evidence established that relevant USPP officials had made those decisions and had begun implementing the operational plan several hours before they knew of a potential Presidential visit to the park, which occurred later that day," with the Greenblatt asserting the police action was done so contractors could put up fencing.

Addressing the report, Acosta and the CNN hosts noted that Greenblatt admitted that his investigation did not include interviews with many of the principals involved that day, including Trump and former Attorney General Bill Barr who has made statements that conflict with the report.

That led CNN's Acosta to dimisss Grenblatt's work out of hand.

"I think it certainly raises more questions than answers," Acosta observed. "You know, the IG report is saying that the park police cleared the park with the purpose of setting up this fence because obviously the protesters needed to be moved back from this area where they were defacing statues."

"I was in the Rose Garden about that day when Trump gave that speech and said I'm going go this special place -- talking about the church -- and you could hear the police and federal forces clearing that park," he continued. "They were violently pummeling protesters, tear-gassing protesters. Remember the White House said they weren't using tear gas. the D.C. police were using tear gas. The other thing that was not clear is what did the White House team know at the time. They did not speak to senior officials or the Secret Service. It certainly raises more questions."