Trump campaign lawyer blew up on Giuliani after he accused White House aides of lying to the president: Michael Wolff 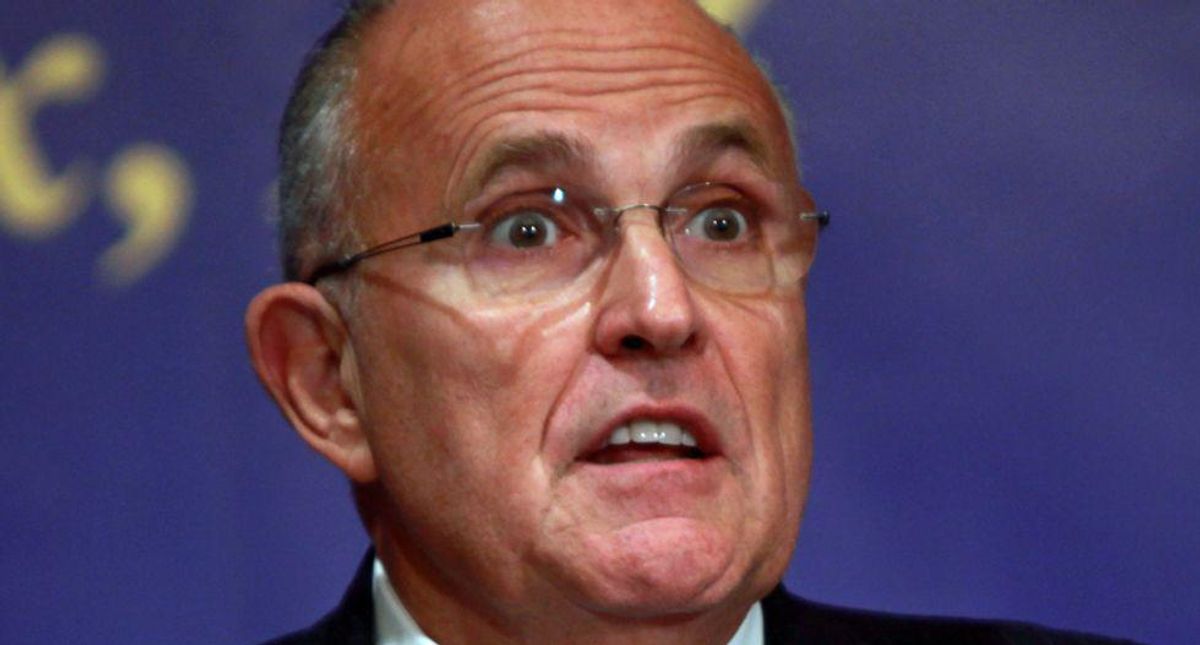 In an excerpt from his third book on Donald Trump's presidency, author Michael Wolff revealed that presidential campaign official Justin Clark stormed out of an all-hands meeting at the White House after former New York City mayor Rudy Giuliani told the president everyone was lying to him as they surveyed their legal options.

The excerpt, recently published in Rolling Stone, details how Giuliani called into the Oval Office to suggest legal strategy right after the Trump campaign requested -- and was granted -- a recount in Georgia.

As Wolff reports, "In his intense, barely-take-a-breath, mouthful-of-spit, speeding-motor voice, such that it was particularly hard to make out what he was saying on the poor speakerphone audio, Giuliani pressed the case that the president's lawyers had f*cked up the recount process in Georgia and that they weren't paying attention to the even greater issue of the wholesale corruption of the voting machines."

With the author suggesting, "Trump often seemed amused" to let his lawyers fight it out, Wolff wrote that Giuliani insisted, "You have to file a suit in Georgia."

Per Wolff: "'We are going to get dismissed,' said an impatient Clark, open in his contempt for the former mayor, trying to spell out the specific procedures for challenging an election in Georgia. 'Georgia election law requires you to do this post-certification. They've just started the hand recount.' That is, you could sue only after the recount was completed."

That led Giuliani to shoot back, "We should never have requested the recount," at which point Clark said it was a moot point and what was done was done and they would have to wait to let the process play out.

Per Wolff: " 'They are lying to you, Mr. President. Your people are lying to you,' Giuliani pressed," leading Clark to blurt, "Jesus, Rudy, you are such a f*cking assh*le," before exiting and returning to the Cabinet Room.

Wolff notes that after the altercation, Trump went back to suggesting there was election fraud at which point Giuliani began "banging hard on the subject of the Dominion voting machines, where Trump (and [Fox News personality Sean] Hannity) had left off the day before."

A legal expert ripped apart the indictment of a Democratic National Committee attorney in the long-running investigation ordered by former attorney general William Barr into the origins of the Russia probe.

Donald Trump has been promising that special prosecutor John Durham would reveal the Russia investigation was a conspiracy aimed against his presidency, but attorney David Lurie wrote a column for The Daily Beast arguing the sole indictment in the case was woefully insufficient to prove the former president's claims.