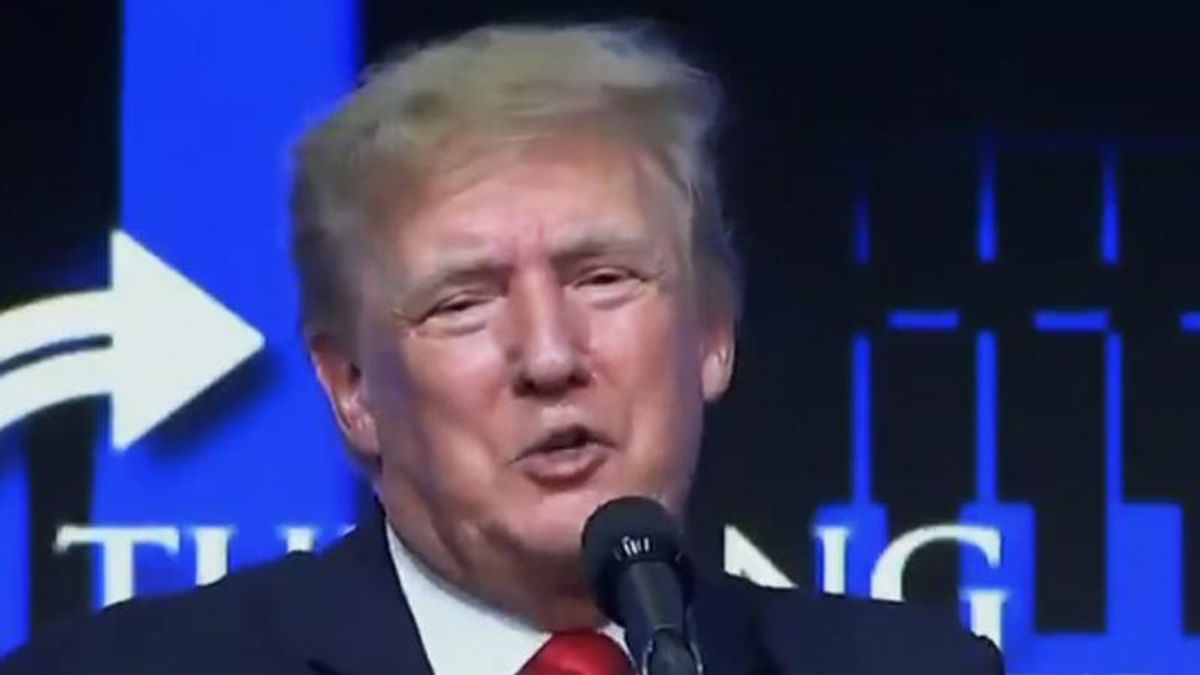 According to the AP report, Trump addressed the controversial audit and claimed, "Unbelievably, the auditors have testified that the master database for the election management system, I'm sorry to tell you, has been deleted.... Meaning the main database for all of the election-related data in Maricopa for 2020 has been illegally erased. It's been erased."

"Wholly false. The database was never deleted," the AP report states before adding, "At first, auditors hired by Republican state senators sympathetic to Trump reported that a database directory was deleted from an election management server. The official Twitter account tied to the audit said the deletion amounted to 'spoliation of evidence.'"

Cooper and Woodward elaborated, "The Republican-dominated Maricopa County Board of Supervisors responded by calling the auditors incompetent and threatening to file a defamation lawsuit. Board Chairman Jack Sellers said the auditors 'can't find the files because they don't know what they're doing.' Maricopa County Recorder Stephen Richer, a Republican who took over the elections office after defeating a Democrat, called the allegation 'unhinged,'" with AP noting that tweet was deleted before Trump spoke.

Trump's second claim, "There were 18,000 people who voted in Arizona in 2020 who were then purged from the rolls immediately after the election," got a blunt "This didn't happen" from AP.

The report explained, "His insinuation that people were stricken from the rolls because they voted for him is baseless," before adding, "Actually, 13,320 voters were removed from the rolls in the two months after the election, not 18,000 right away, and there were routine reasons why. Voting rolls are updated constantly as people move, die, get convicted of felonies or have their voting rights revoked because of incapacitation. Trump was repeating a claim made by Doug Logan, CEO of Cyber Ninjas, the inexperienced firm leading the state Senate Republicans' audit of the 2020 election."

The AP fact check added, "Maricopa County officials said their analysis of the data shows 7,916 voters were removed from the rolls because they moved out of the county or died between Nov. 3, which was Election Day, and Jan. 2."