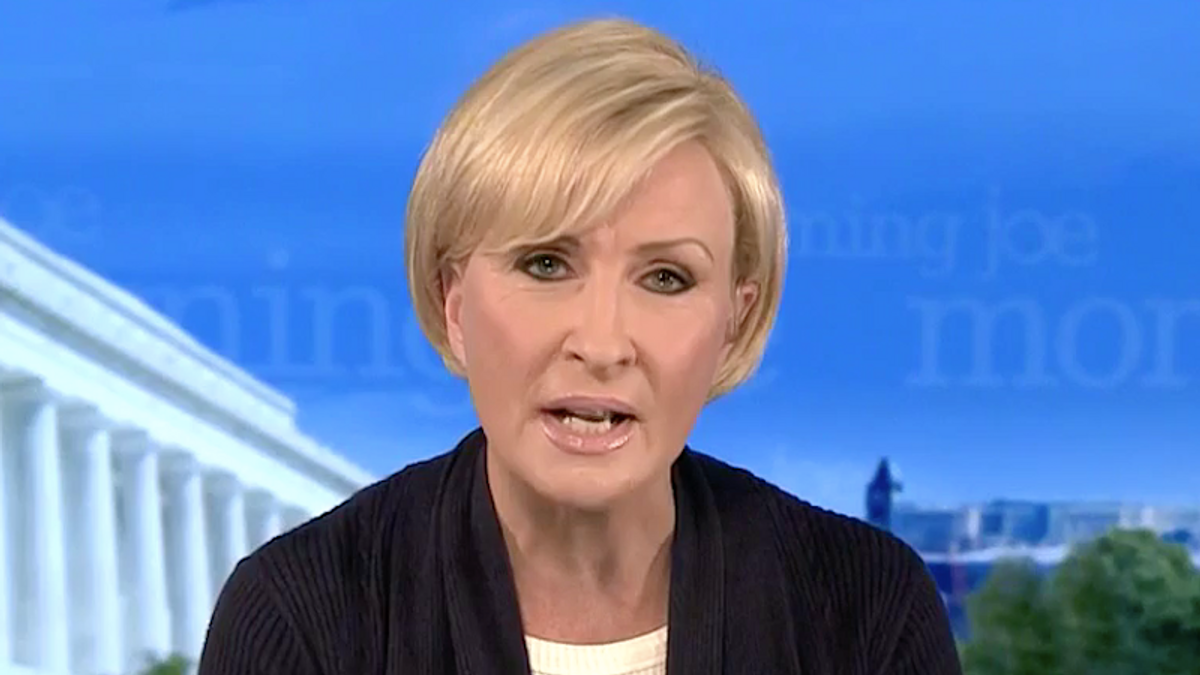 Dick Farrel, a vaccine skeptic and outspoken critic of Dr. Anthony Fauci, died last week of complications from COVID-19, and the "Morning Joe" co-host blasted former president Donald Trump for turning his supporters against sensible measures to prevent the spread of the coronavirus.

"It was a year ago that supporters of Donald Trump said they would rather die than watch the Dow Jones sink," Brzezinski said. "The lieutenant governor of Texas said that he was a senior citizen who was ready to die rather than have Americans take moderate precautions to protect themselves from the pandemic that has now killed over 600,000 Americans. Other pro-Trump hosts who are unworthy of having their names mentioned on the show also suggested they were ready to die rather than watch the Dow Jones drop a few points. One year later the stock market is at record highs despite their eagerness to sacrifice the lives of senior citizens."

"Now the same death cult figures are fighting vaccines, local control over school safety and the right for businesses to protect their workers and customers, fed by disinformation from Facebook and crazed politicians -- crazed," she added. "Seventy percent of Americans who tell pollsters will not get the vaccine support Republicans, and some of the same Republican officials are celebrating still right now low vaccination rates and threatening to murder Joe Biden or other federal officials who promote vaccinations in states like, say, I don't know, Alabama. Millions of Americans refusing to get the vaccine, despite the fact that 95 percent of doctors have been vaccinated for COVID and twice as many Americans are fully vaccinated than voted for Donald Trump, and still we are flooded every day with sad stories of Americans who believed the lies fed to them by death cults, fueled by Facebook, until it was too late."

Brzezinski singled out Florida Gov. Ron DeSantis, who has refused to enforce measures to prevent the virus from spreading -- and even prohibited local officials from doing so.

"In Florida, we have a governor more interested in playing politics than saving lives," she said. "The DeSantis variant, that's why one in four new COVID cases are coming out of Florida and why many of their emergency rooms are jam-packed and the state is weeks away from yet another full-blown medical crisis. Are you kidding me? This is completely preventable, and the governor of Florida owns this one."

"The most tragic part of this story is almost all of these hospitalizations and deaths would have and could have been avoided if misguided Americans are not followed the crazed teachings of a growing death cult," Brzezinski added, "and instead, just followed the advice of their family doctor. It's easy, and they won't do it. That's death cult material."