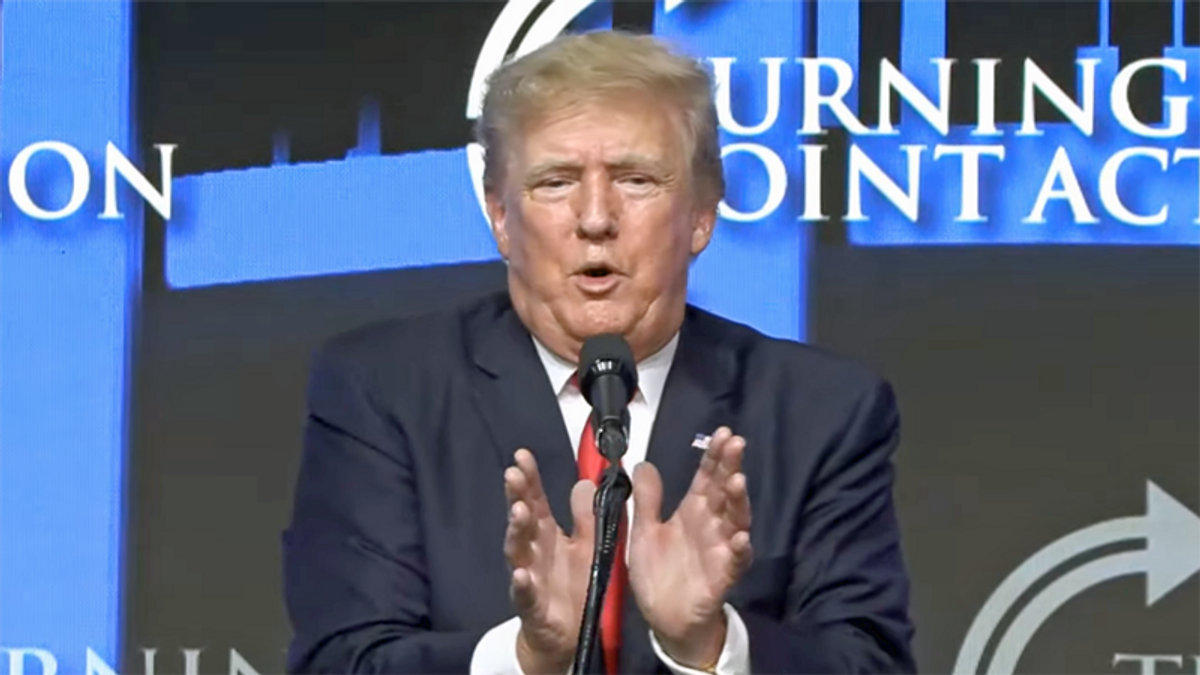 "Maybe I'll have to leave the country. I don't know." -- Trump on what could happen if he loses to Biden pic.twitter.com/NGrXDwjaSd
— Aaron Rupar (@atrupar) October 17, 2020

Yet Trump did lose the election and began ramping up his lies that he won.

When voters in Georgia went to the polls for the state's runoff elections in January, many Republicans reportedly believed Trump's lies enough to conclude that there was no point in voting.

Trump discussed the situation during his "Big Lie" rally in Phoenix on Saturday.

"And what happened is we had two senators running, a couple of months later, and you know what happened to them? The Republicans said, 'We're not going out to vote, because this was rigged, this election was rigged,'" Trump explained, inadvertently revealing how his lies hurt the GOP at the ballot box.

The loss of the two seats resulted in Democratic Party control of the U.S. Senate.

Republicans in Georgia agreed that Trump cost them the election.

"Trump is the cause of this, lock, stock and barrel," one GOP strategist fumed.

Trump saying Republicans didn’t turn out to vote in senate races in Georgia because they believed the election rigg… https://t.co/B5QkzIYkeA
— Acyn (@Acyn) 1627168789.0