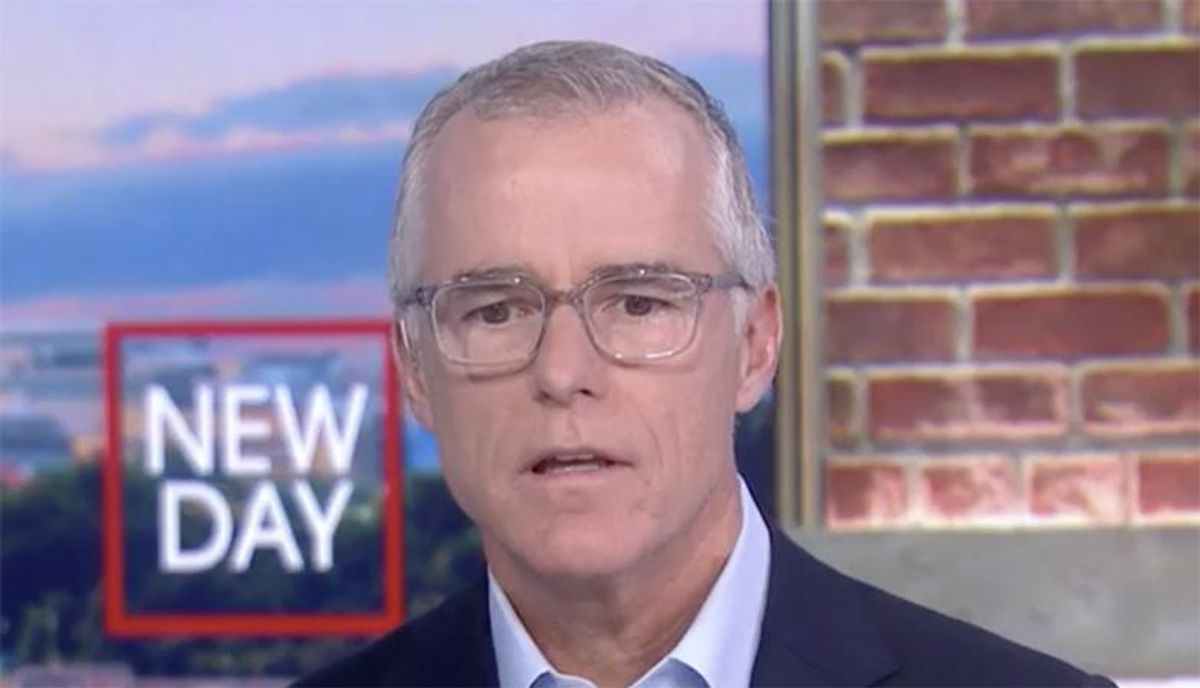 Former Deputy Director of the Federal Bureau of Investigation Andrew McCabe appeared on CNN Friday morning to respond to the blockbuster report from the New York Times that the Department of Justice under both former Attorneys General Jeff Sessions and Bill Barr were having Democratic members of Congress investigated for leaks.

After noting that he had never seen anything like it involving lawmakers in his entire career, the former FBI senior official -- who has been the subject of harassment from former president Donald Trump himself -- slammed the DOJ for becoming a weapon of "retaliation" during Trump's four years.

Appearing with McCabe, CNN host Pamela Brown stated, "Overall, it's beyond stunning and it's appalling, I think, for anyone who cares about democracy and how our institutions are supposed to work. The way that the DOJ was weaponized to launch these leak investigations into political adversaries," before later adding, "Now I'm at the point of bracing myself for what are we going to learn today? Who else was targeted? Who are the others?"

"It's the relentless pursuit of these cases despite no factual results, right? Despite productive investigations," McCabe offered. "Look. that's been my own experience. I've been under investigation since January of 2017, right? It's one investigation after another. I guess if it counts John Durham, then maybe I still am."

'It is the relentless pursuit of retaliation against enemies, and I don't think we've seen that from any prior administration," he added.