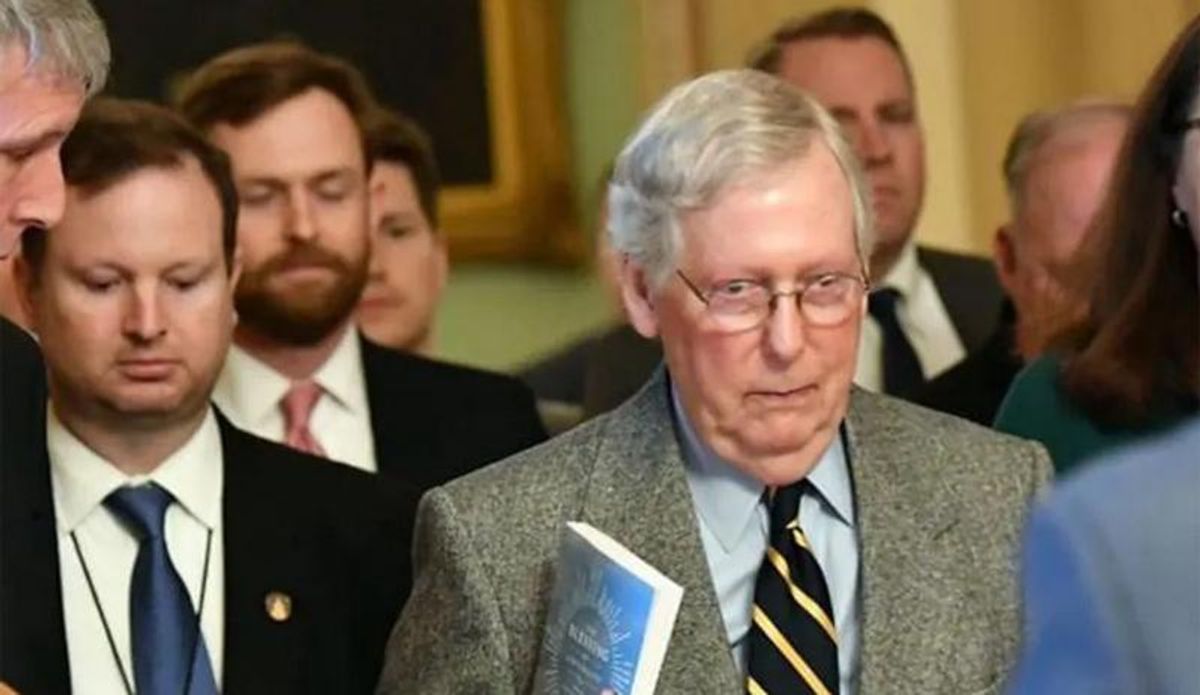 According to Politico, "Though the Senate GOP is tantalizingly close to retaking the majority next year and largely united in opposition to President Joe Biden's agenda, the ongoing feud between the former president and the Senate minority leader has decayed to an entirely untenable place. Trump's insult-laden diatribe against McConnell this weekend signals that the GOP could splinter badly in primaries next year — and raises the question of whether McConnell and Trump can work together at all."

Speaking with reporters, Sen. Mike Braun (R-IN) was grim about the future of the party if the cold war between the two continues.

"We've got issues as a party, with the demographic trends going against us, and we don't have a lot of margin for error," he admitted. "When it comes to the infighting politically, I don't know how that can help — when you're scrapping on the margins, when you're trying to win states, and especially national elections."

Top Republican Senator John Thune (R-SD) echoed those sentiments, saying, "Hopefully there will be some sort of truce. It's in everybody's best interest — including the former president, if he wants to continue to stay viable politically — to help us win the majority in 2022. And that means working with Senate Republicans, and not against them."

The report adds, "Trump and McConnell have feuded before, of course, mostly in 2017 during the early days of the former's presidency. Trump leaned on McConnell to kill the legislative filibuster (McConnell refused) and criticized the GOP leader for the party's failure to repeal Obamacare. The two later repaired their relationship by focusing on the federal bench and collaborating on Senate races, though their alliance evaporated after McConnell recognized Biden's presidential win in December," before adding, "The ongoing tension risks miring their party in division, projecting the appearance of a hopeless split between McConnell's more establishment vision and Trump's chaotic, controversy-driven conservatism."