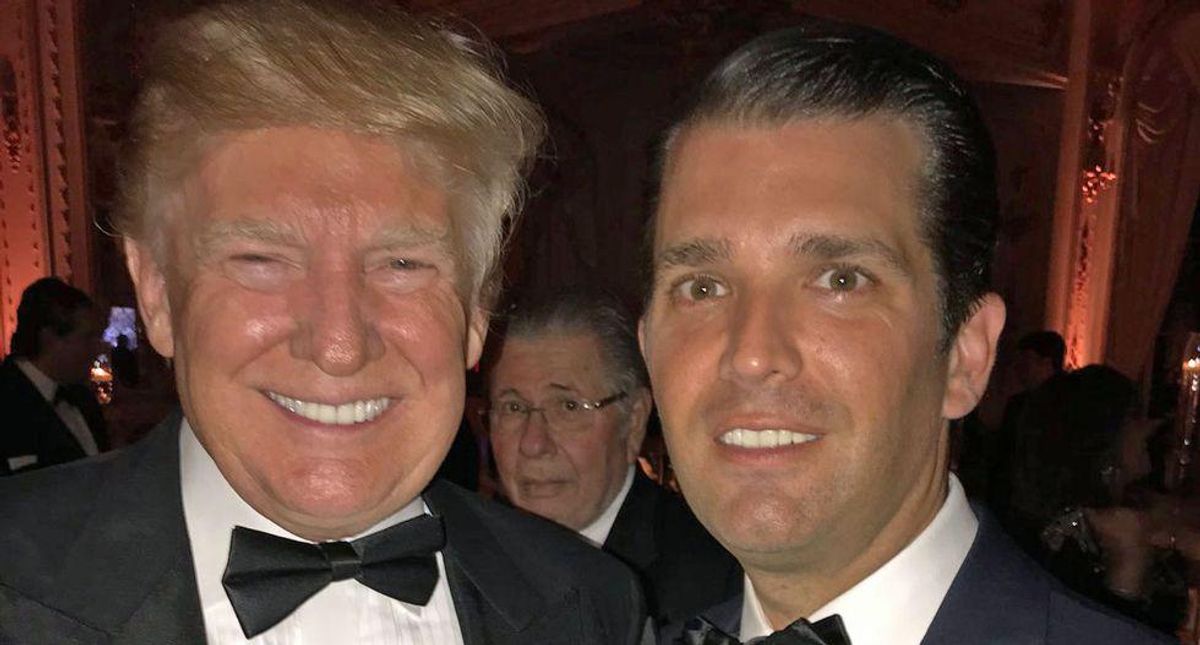 Former president Donald Trump claims he'll be paid an "obscene" amount of money for calling a boxing match on the 20th anniversary of 9/11, according to a report from TMZ.

"Multiple sources with direct knowledge tell TMZ, Trump says he's making an 'obscene' amount of money providing 'live, alternative commentary' on the Evander Holyfield/Vitor Belfort fight," the site reported early Thursday. "We're told Triller, the media company behind the event, is paying a fortune ... millions and millions for his blow-by-blow analysis, though our sources would not be more specific."

Trump also reportedly claimed Triller is providing him with a G-5 jet to travel to and from the fight.

"Trump lives in West Palm Beach, a stone's throw from the Hard Rock in Hollywood, Florida where the event is taking place," TMZ reported. "So that's a car drive, not a plane ride. It's possible Trump's going to New York City earlier in the day to commemorate 9/11."

Trump's decision to call the fight on the 9/11 anniversary has outraged critics, who called it "beyond disrespectful."

According to ESPN, Trump and his son, Donald Trump Jr., signed a contract to provide commentary on an alternative "gamecast" of the entire four-fight telecast. Viewers will have the option of purchasing either the main telecast or the Trump gamecast for $49.99.

"I love great fighters and great fights," Trump said. "I look forward to seeing both this Saturday night and sharing my thoughts ringside. You won't want to miss this special event."