DC has become ground zero for street battles between the far-right and counter-protesters: report 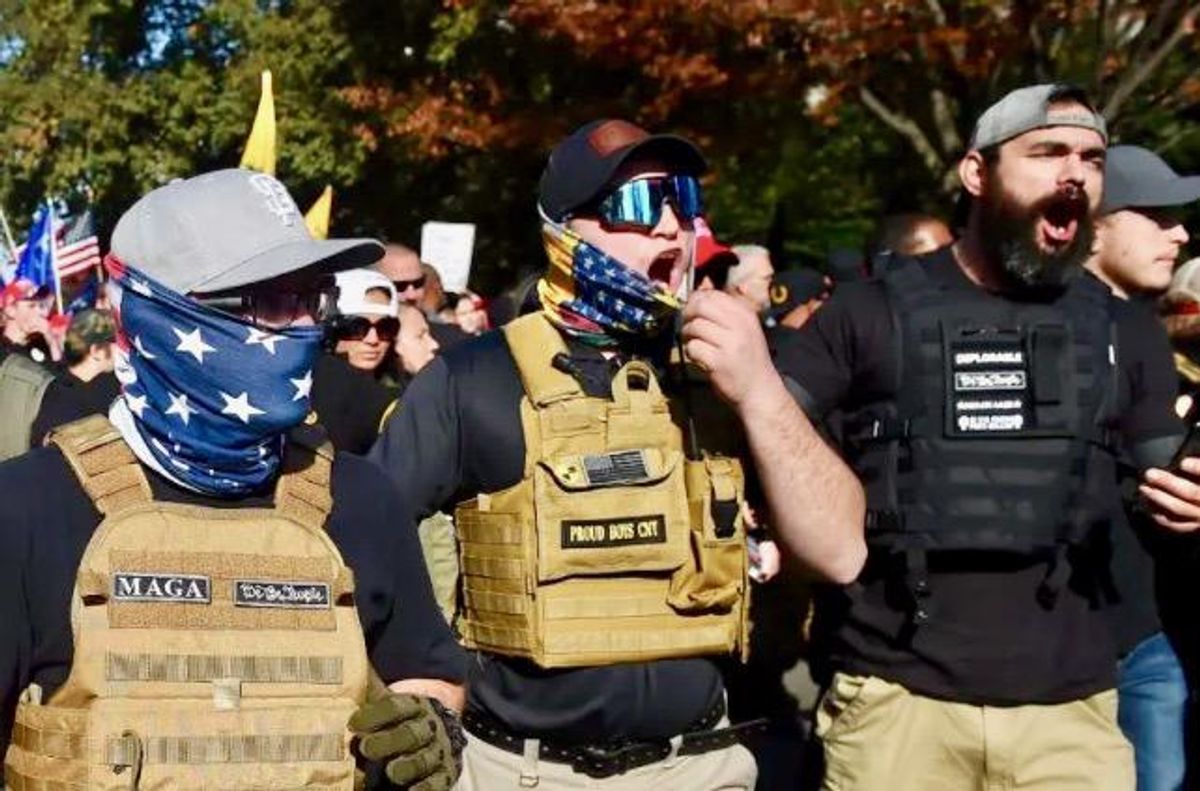 On Saturday, Axios reported that Washington, D.C. is becoming increasingly embroiled in violent conflict as far-right demonstrators clash with locals and counterprotesters.

"Since the election, supporters of President Trump, militia groups, white nationalists and adherents to conspiracy theories have held demonstrations in the capital in support of Trump's baseless claims of election fraud," said the report. "Violent brawls broke out between these groups and counter-protesters during two weekends of pro-Trump demonstrations in the district in November and December."

Some of these demonstrations have been promoted by Trump himself, who is encouraging his followers to attend a "BIG protest" to "Stop the Steal" on January 6th.

Meanwhile, there are no signs the unrest will die down any time soon; the far-right group the Proud Boys is planning to "wreak havoc" at President-elect Joe Biden's inauguration, reportedly in disguise.

"The nation's capital — with its strict gun laws and history of orderly, peaceful protest — has largely avoided these violent conflicts. Until now," reported The Washington Post on Friday. "Extremism experts who study the far-right warn that D.C. is on a path to become the next battleground in increasingly violent confrontations with left-leaning counter- demonstrators."

According to a report from the Daily Beast, supporters of the president are now stating in online forums that they intend to show up on Jan. 6th and storm the federal buildings, with plans to try and access the Senate floor to halt the certification of the 2020 presidential election.