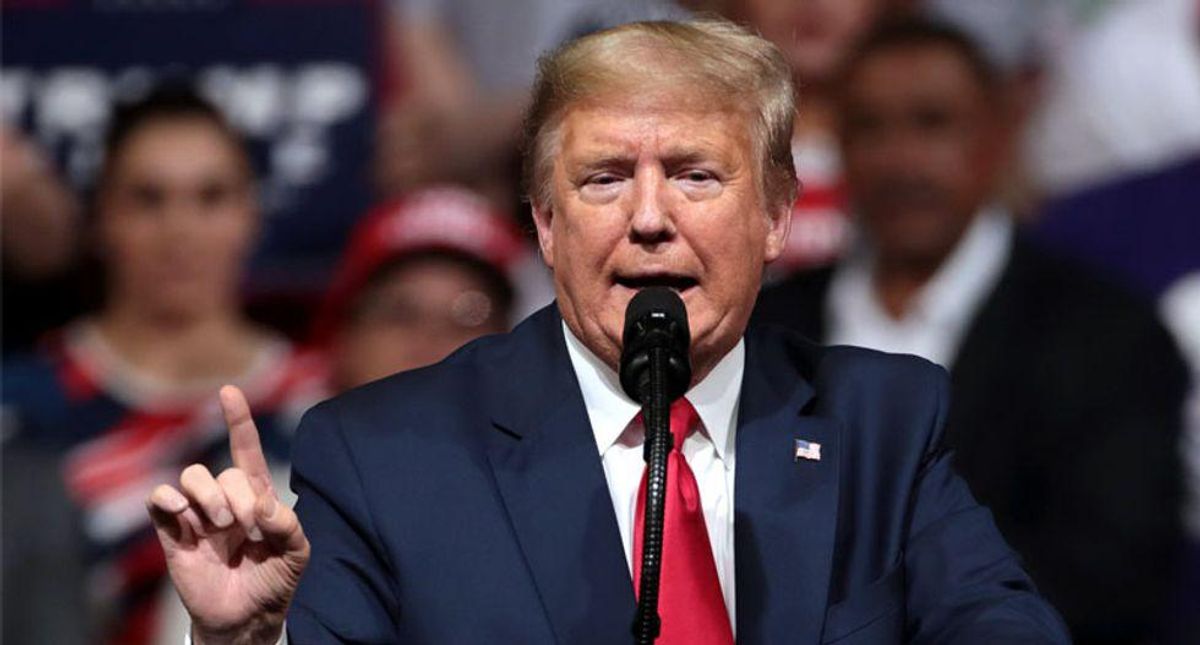 That announcement set off a flurry of comments on Telegram -- a popular forum for QAnon adherents -- who reacted with confusion and anger.

According to Newsweek's Ewan Palmer, "Supporters of the radical movement expressed concerns that Trump going on a speaking tour later this year surely means that he will not be returning as president—a false claim they have continued to believe since he lost the 2020 election more than seven months ago."

As one Telegram user, identified as Peace Lilly, wrote, "OK I GUESS MY QUESTION IS TRUMP COMING BACK? WHY WOULD HE BE DOING A TOUR THRU THE END OF THE YEAR WITH O'REILLY. HMMMMMMMMM SOMETHING DOESN'T FEEL RIGHT?."

"So nothing will happen until December?" wrote another, with a third adding, "Man I sure hope we don't have to wait that long before you're back in office."

"It's only a few dates close together...it could be done if it works out like it should...could cancel....but yup..kinda a gut punch statement. But we are in an information war, so who the hell knows," wrote another with Trump supporter Angela Baldwin writing, "So basically the August thing is a bunch of bull because a reinstated President doesn't go on tour."

Newsweeks' Palmer added that many QAnon followers are still pinning their hopes on the Arizona ballot audit, believing it will set in motion overturning the 2020 presidential election results and reinstall Trump in the Oval Office.