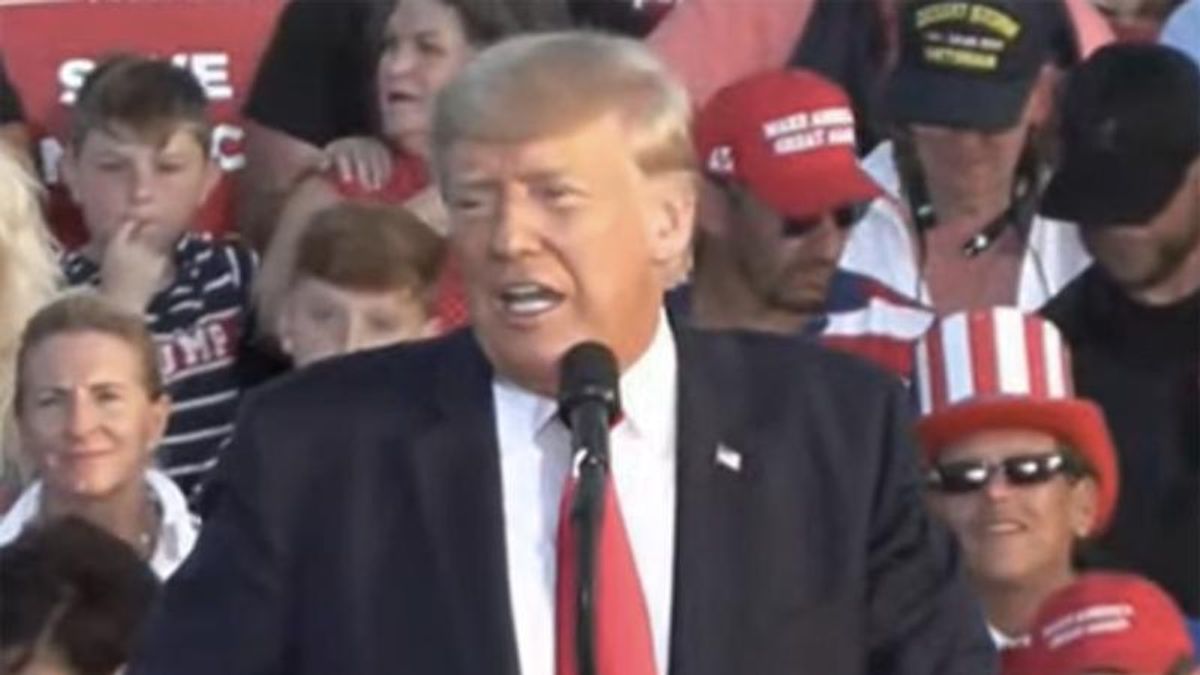 Donald Trump kicked off what is being called "his revenge tour" in Ohio on Saturday night where he spent 90 minutes reciting a litany of complaints at how he was defrauded out of his re-election and how he has been treated since his election loss.

The former president lied about his record in office and raged at his perceived enemies during his speech while also pushing various unfounded conspiracy theories.

Critics of the president found his speech appalling while some of his supporters were disgusted that he is not bringing anything new to the fight.

I just watched Trump’s rally, all those idiots cheering him on as he trashes Biden, makes me realize a President wi… https://t.co/5WS2r3XYTz
— NoelCaslerComedy (@NoelCaslerComedy) 1624755065.0

Anyone who thinks these “our election was stolen” rallies are harmless needs to look up “Diktat,” “Weimar Republic,… https://t.co/fCYae6KSJZ
— Bryan Behar (@Bryan Behar) 1624760700.0

@newsmax Reading from the teleprompter, just like everyone else. Only in that sing song boring cadence.
— Fedoradee (@Fedoradee) 1624753271.0

Attendees at a #TrumpRally are like people trying to rebook on the Titanic.
— John Pavlovitz (@John Pavlovitz) 1624764676.0