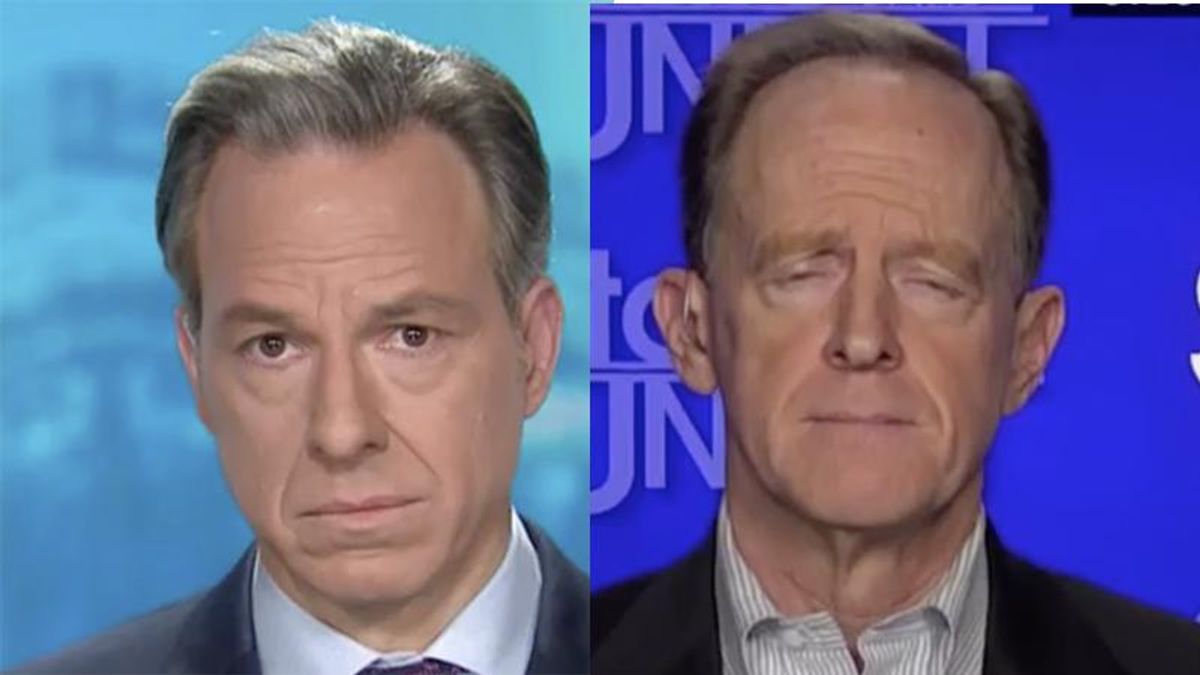 CNN host Jake Tapper put Sen. Pat Toomey on the spot on Sunday morning by pointing out that he voted for Donald Trump for president six weeks ago and now wants the president to resign over his actions since election day.

"After Wednesday's attack you took to the Senate floor to denounce President Trump as a demagogue.," Tapper began. "We should note you voted for him in November for the second time of course, even after Charlottesville, even after he cleared Lafayette Square with force for a photo op, even after he embraced QAnon conspiracy theorists -- many who were in the crowd. I'm not saying you bear any responsibility for what happened on Wednesday, but do you regret not doing more to stop somebody you're now calling a demagogue, who has pretty much been a demagogue for his entire political career?"

"Jake, I don't think there is any doubt in anyone's mind, not in my mind, that the president's behavior after the election was wildly different than his behavior before, he descended into a level of madness and engaged in a level of activity that was just absolutely unthinkable and unforgivable," the defensive Toomey shot back.

"For four years he put out offensive and objectionable tweets, in fact dozens a day," Toomey continued. "I don't think my job was to be the editor of his Twitter feed although I was very often critical. You know, this raises the question of why did 75 million people vote for this man whose character flaws were always very apparent? 75 million Americans are not stupid, they are not evil. what we did was we looked at a choice that we had, between an evermore radicalized left-wing Democratic party and a man who is very, very flawed, but with whom we actually have very substantive success in the early parts of his administration with a record performing economy, with peace agreements in the Middle East, with restoring the strength of our military, and all kinds of judicial confirmations."