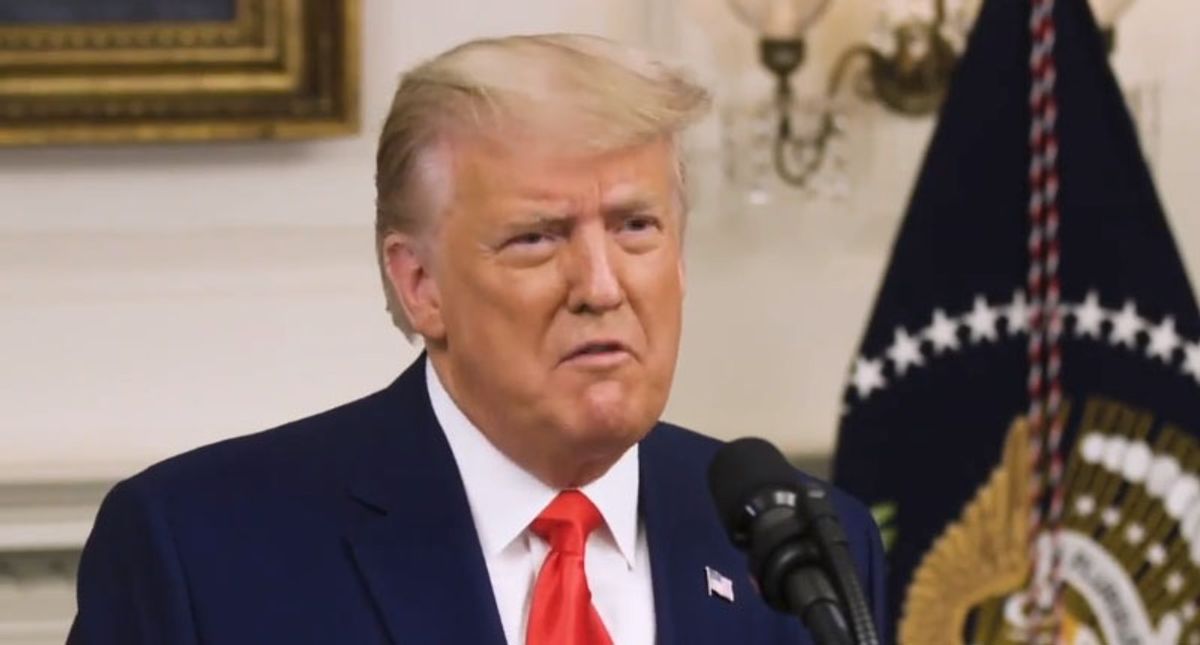 President Donald Trump on Tuesday once again threw Washington D.C. into chaos when he launched a last-minute attack on the bipartisan pandemic relief package that had already passed the United States Senate.

Politico reporter Jake Sherman on Wednesday morning tried to game out the president's strategy in attacking the relief bill and concluded that there likely isn't one.

"We are in the beginnings of a full-blown legislative crisis," he wrote on Twitter. "So, the thinking in the White House seems to be -- and we say seems because it's not clear anyone is there period, and those who there are not really thinking, from what I can tell -- that Trump is angry at foreign spending, and wants to one-up congress on stimulus checks."

However, the president's threat to veto the package at the last minute could blow up in his face given that most senators left Washington for Christmas break right after the bill passed and because the government will shut down next week if the spending package does not pass.

"Trump has five days until the government shuts down," Sherman writes. "This is real-world stuff, not goofball twitter rants. We're in the middle of a crippling pandemic. Unemployment runs out on 12/26. Real world deadlines Trump has to consider from his vacation at Mar-a-Lago."