‘Trump had a code for talking to these groups’: Jonestown survivor upends GOP denials about riot incitement 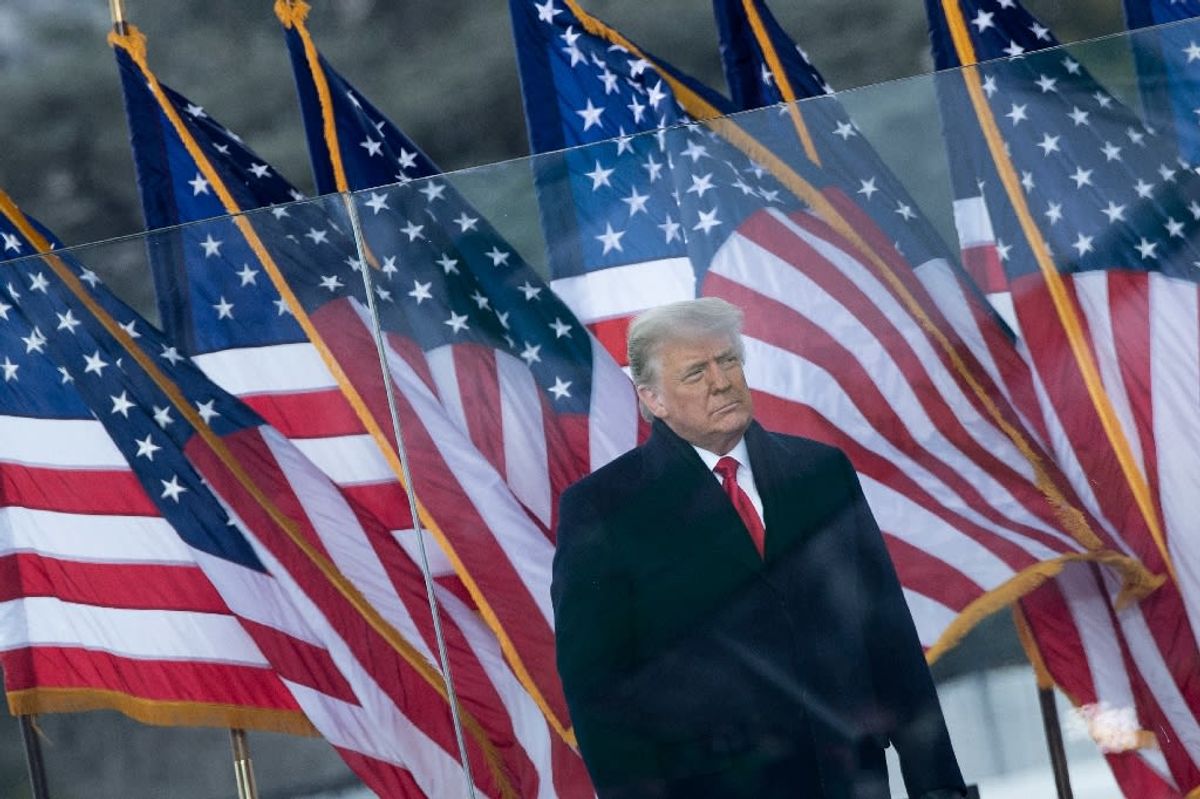 US President Donald Trump, just two weeks before leaving office, rallied his supporters in Washington on January 6, 2021, the day a mob of his supporters laid siege to the US Capitol, triggering a historic second impeachment and trial

Rep. Jackie Speier (D-CA), who survived the Jonestown massacre in 1978 as a legislative aide, revealed the cult tactics former president Donald Trump used to incite a deadly insurrection at the U.S. Capitol.

The California Democrat has long warned of the parallels between Trump and cult leader Jim Jones, whose followers shot Speier five times and killed her boss, Rep. Leo Ryan, and four others during an investigative trip to Guyana, told The Guardian that she experienced post-traumatic flashbacks to that near-death experience during the Jan. 6 riot.

"Jim Jones was a religious cult leader, Donald Trump is a political cult leader," Speier said. "As a victim of violence and of a cult leader, I am sensitive to conduct that smacks of that. We have got to be wary of anyone who can have such control over people that they lose their ability to think independently."

Speier has asked President Joe Biden and his defense secretary Lloyd Austin for a "new sense of urgency" in rooting out white supremacists and other violent extremists from the military, and the House armed services and intelligence committee member will reintroduce her proposal into this year's National Defense Authorization Act.

"I thought it was urgent a year ago when I held a hearing on violent extremism in the military and was astonished at the number of service members who are recruited in part because of their training to these extremist groups."

Under existing military code, service members must be "active" participants in an extremist group to face discipline, but she said that standard isn't strong enough and isn't enforced strictly enough to face the viral spread of white supremacist and anti-government ideology.

"It's astonishing to me that we have to be pulled kicking and screaming into the 21st century as it relates to how social media has become a tool for these violent fringe organizations," Speier said.

Speier said those changes are even more urgent after the insurrection, which she said the former president provoked by sending his commands in the sort of plausibly deniable code that former Trump lawyer Michael Cohen understood when carrying out misdeeds at his direction.

"Donald Trump had a code for talking to these groups," Speier said. "'There's good people on both sides,' 'We love you,' 'You're special.' He recognized that they were valuable to him, and they recognized that he could amplify their recruiting. It was a toxic brew of personal gain, and it put at risk the entire democracy of this country."