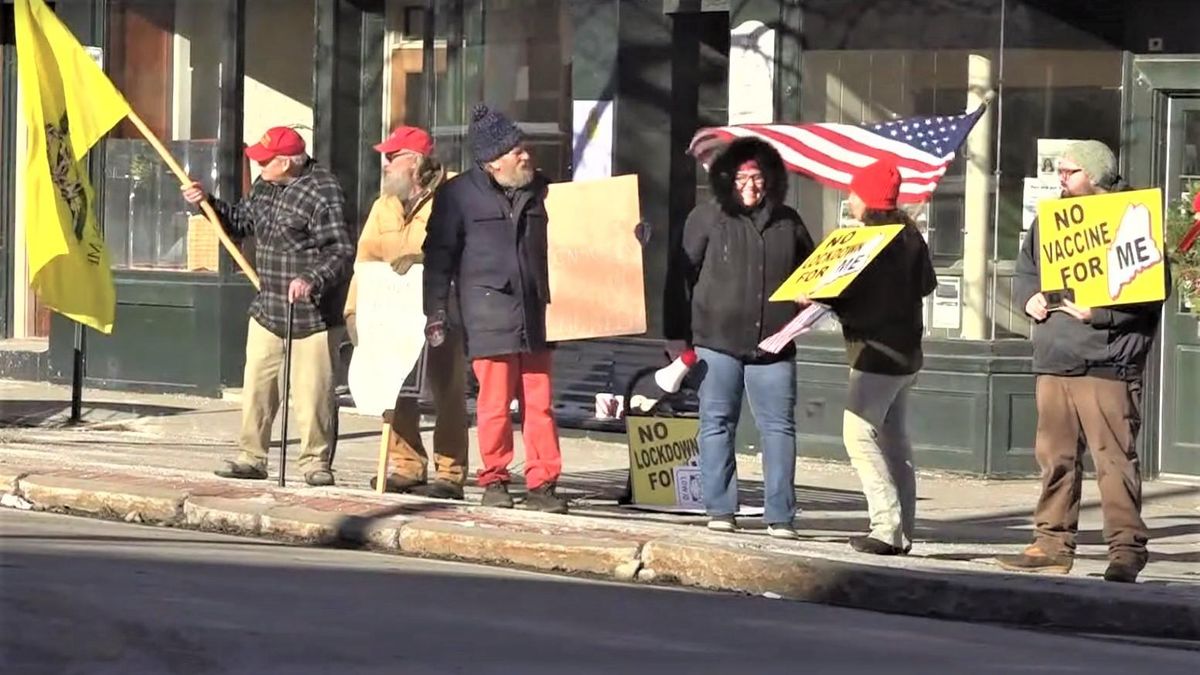 Residents of Belfast, Maine are growing fed up with a group of Trump supporters who are publicly harassing mask wearers walking through the city's downtown area.

Bangor Daily News reports that a heated debate broke out this week during a city council meeting over weekly anti-face mask protests that take place every Sunday in which demonstrators often carry profane signs and harass locals who wear masks.

Belfast resident Frances Pan on Tuesday told the city council that she's had unpleasant encounters with the anti-mask demonstrators, whom she accused of ruining her downtown shopping experience.

"They yelled at me to take off my mask," she said. "I am concerned about their loudness and yelling at people to take off their masks, and the fact that they are unmasked. Does that interfere with my right and the community's right to be healthy?"

Fellow Belfast resident Don Hoenig, meanwhile, said he was disturbed by the profane signs being carried by demonstrators, including signs that read, "F*ck Biden" and "F*ck censorship."

"I am very concerned with the obscene signs and the megaphones being used and the aggressiveness of the protesters," he said.

Belfast Police Chief Gerry Lincoln said he has received multiple complaints about the anti-mask demonstrators, including allegations that they are harassing bystanders.

However, one of the anti-maskers told the city council that she felt her downtown shopping experience was being ruined by businesses' mask mandates.

"I refuse to wear a mask and I never will, so my downtown experience has been ruined," said anti-masker Kaleigh Stanley. "I won't be wearing a mask and I won't be complying with the fear-based regulations."