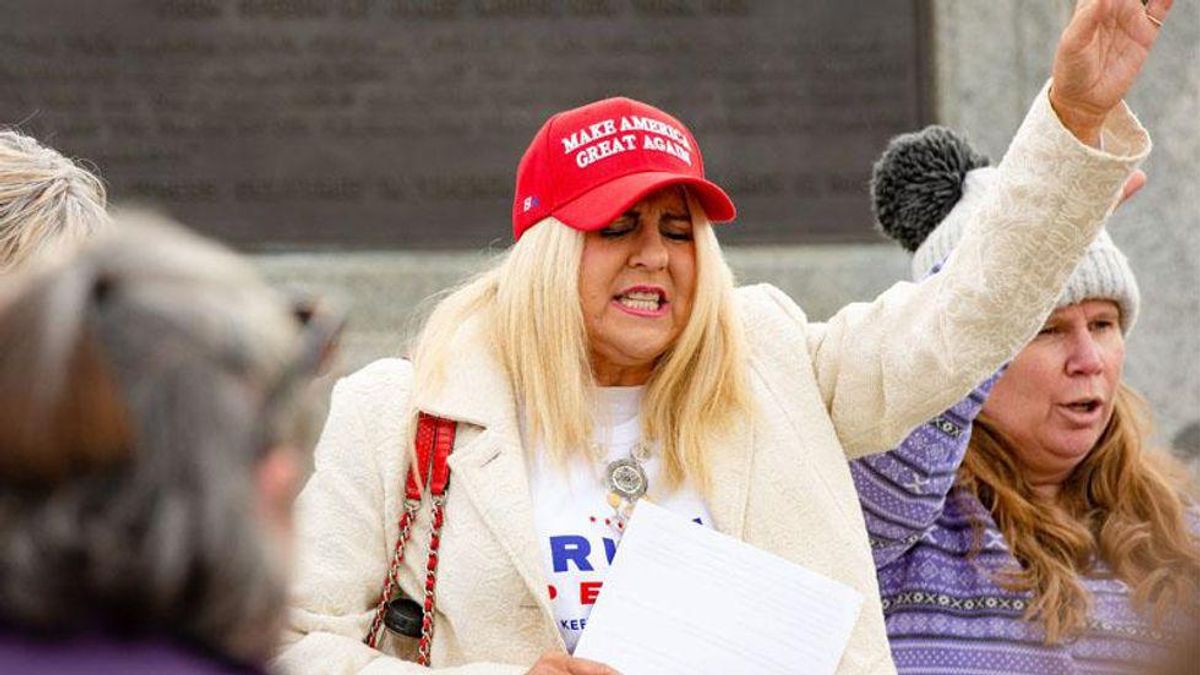 Trump supporters who wanted to overturn President Joe Biden's victory in the 2020 presidential election are now running to take over elections systems in swing states throughout the country.

As Politico reports, Trump diehards who tried to throw out the results of the 2020 election have entered races to be secretaries of state in Georgia, Michigan, Arizona, and Nevada.

"The candidates include Rep. Jody Hice of Georgia, a leader of the congressional Republicans who voted against certifying the 2020 Electoral College results; Arizona state Rep. Mark Finchem, one of the top proponents of the conspiracy-tinged vote audit in Arizona's largest county; Nevada's Jim Marchant, who sued to have his 5-point congressional loss last year overturned; and Michigan's Kristina Karamo, who made dozens of appearances in conservative media to claim fraud in the election," writes Politico.

Bill Gates, the Republican vice chair of the Board of Supervisors in Arizona's Maricopa County, bluntly tells the publication that these Trump-loving candidates are a danger to the future of the American republic.

"Someone who is running for an election administration position, whose focus is not the rule of law but instead 'the ends justifies the means,' that's very dangerous in a democracy," he says. "This is someone who is trying to tear at the foundations of democracy."