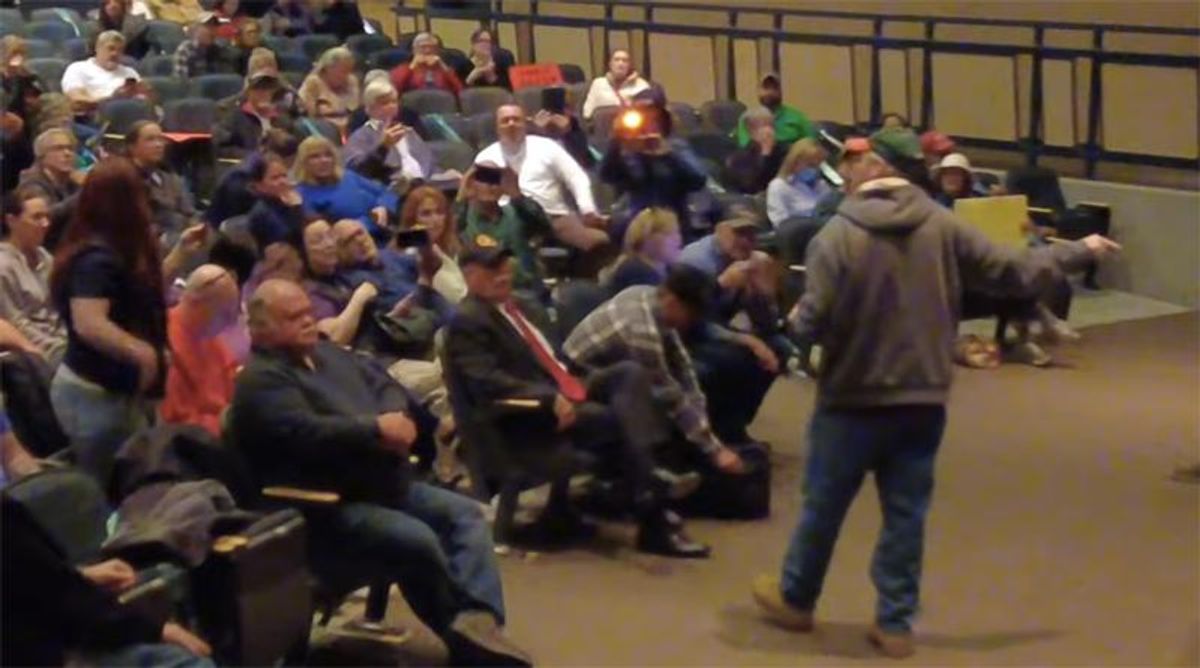 According to the report, the furor began after Democratic candidate Kristi St. Laurent requested a recount in a race decided by 24 votes — only for Republicans to receive 300 votes and Laurent to lose 99. "The discrepancy inspired the legislature to take up the matter. Lawmakers overwhelmingly passed a bill authorizing an audit of the town's ballot counting machines and hand tabulations. Republican Gov. Chris Sununu signed the bill and insisted that 'New Hampshire elections are safe, secure, and reliable.'" — but right-wing media raised an uproar over the previously uncounted GOP votes, suggesting with no basis they indicated widespread fraud across the state.

And this prompted Trump to weigh in, suggesting the fraud may have affected him — despite losing by 7 points. At a recent event, Trump claimed ballots were still being "found" in New Hampshire, and he released a statement praising the "great patriots of Windham" for rooting out "massive election fraud."

"Recounts are not unusual in New Hampshire, which elects 424 lawmakers every two years and allows candidates to request recounts if the difference in votes is less than 20% of the total ballots cast," noted the report. "There have been at least 15 recounts after each of the past four election cycles, with only a handful of outcomes changed."