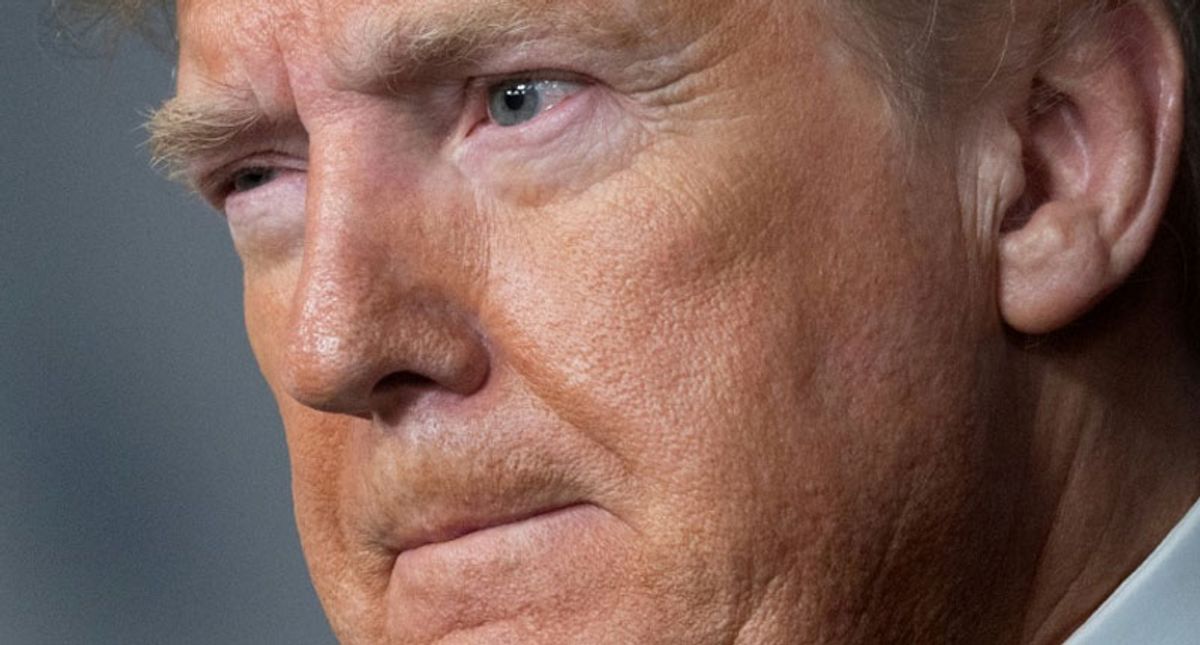 The narrative, which Trump has retweeted, is based on an error in tabulation in Antrim County, Michigan, which briefly counted 6,000 Trump votes as Biden votes but that was promptly corrected. According to the theory, there has been a "forensic audit" that shows Dominion voting machines have a 68 percent error rate. But, noted columnist Andrew McCarthy, this is completely false.

"The error rate claim was debunked by Christopher Krebs, the former head of CISA (the Cybersecurity and Infrastructure Security Agency at DHS), in Senate testimony this week. Krebs, of course, is the official the president fired on November 17, this despite his previously touting CISA's success under Krebs in hardening our election systems against foreign interference," wrote McCarthy. In fact, the original claim was not a 68 percent error rate, but a 68 percent alert rate in the election management system's tabulation logs — and this was the result of a human error that was corrected and didn't have any impact on the vote count.

Moreover, pointed out McCarthy, the source of the claim in the first place — former Republican congressional candidate Russell Ramsland, Jr. — has a track record of shoddy analysis that has been rejected in court.

"If you have been following the Trump campaign challenges in various states, you may remember him as the "expert" who submitted an affidavit alleging that 19 precincts in Michigan recorded more votes — in one instance, he insisted, as many as 350 percent more votes — than the number of actual voters living in the precincts," wrote McCarthy. "There was just one problem with Ramsland's findings: All 19 of the precincts he cited are actually in Minnesota, not Michigan." Ramsland also claimed in another affidavit that the Federal Election Commission mandates an error rate maximum of 1 in 250,000 ballots, but, McCarthy noted, this is "gibberish" — the FEC doesn't have any such guideline and isn't even involved in regulating voting machines.

The entire thing, McCarthy concluded, is just "another rabbit hole."