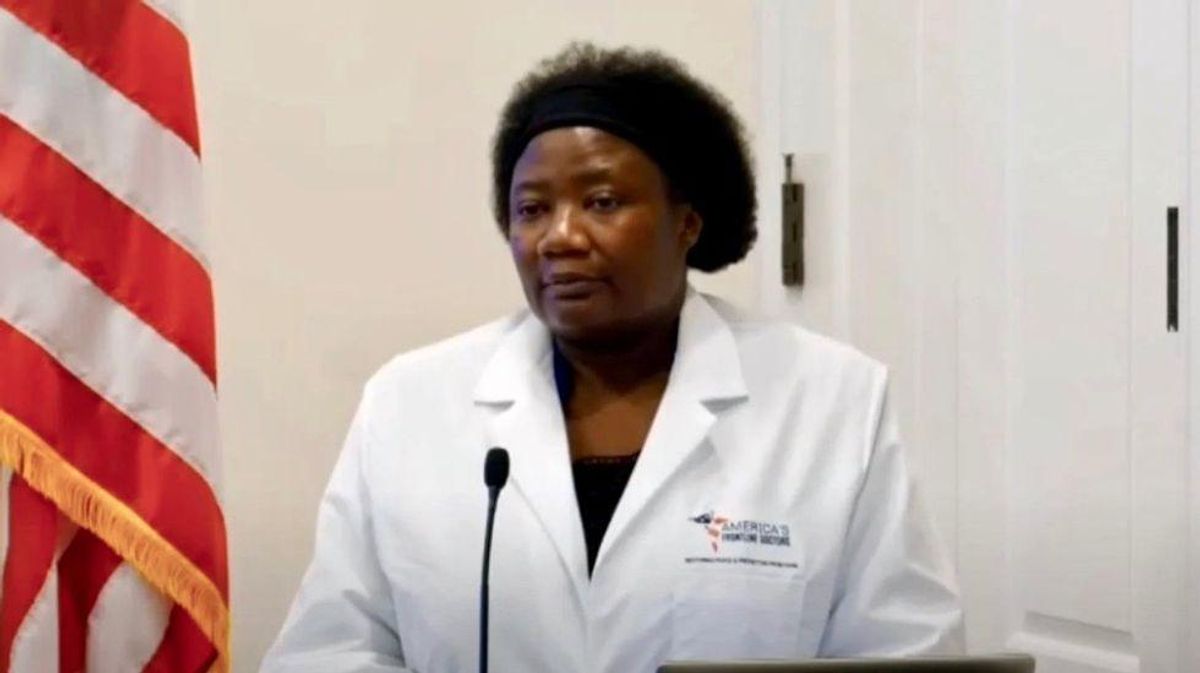 A person in Mississippi is hospitalized after reportedly ingesting livestock medication containing ivermectin from a feed store to treat or prevent COVID-19 — a remedy promoted heavily by right-wing vaccine opponents in recent weeks.

"MSDH did not reveal when the incident happened or the patient's current condition," the Free Press reported.

"There are potential toxicities," Dobbs said, referring to ivermectin use. "I think some people are trying to use it as a preventative, which I think is really kind of crazy. You wouldn't get your chemotherapy at a feed store. I mean, you wouldn't want to treat your pneumonia with your animal's medication. It can be dangerous to get the wrong doses of medication, especially for something that's meant for a horse or a cow."

MSDH Communications Director Liz Sharlot added: "You know, for the life of me, I don't get it. Dr. Dobbs, you have a vaccine that's safe and effective. And yet people, as opposed to getting the vaccine, want to go after these kinds of things."

"Devotees have besieged pharmacists with prescriptions from shady online prescribers, forcing pharmacies to crack down and treat the antiparasitic drugs like opioids," the Daily Beast reported recently. "As human-approved ivermectin prescriptions have been harder to come by, enthusiasts have taken to raiding rural tractor supply stores in search of ivermectin horse paste (packed with 'apple flavor!') and weighed the benefits of taking ivermectin 'sheep drench' and a noromectin 'injection for swine and cattle.'"

Earlier this month, a Texas official reported a noticeable increase in calls to poison control centers related to ivermectin.

The drug's efficacy in treating COVID-19 is unproven, as studies touted in support of it were later withdrawn or heavily criticized due to errors, leading experts to conclude that further randomized trials are needed. Like Dobbs, the FDA has cautioned people against taking drugs intended for large animals because they are highly concentrated.