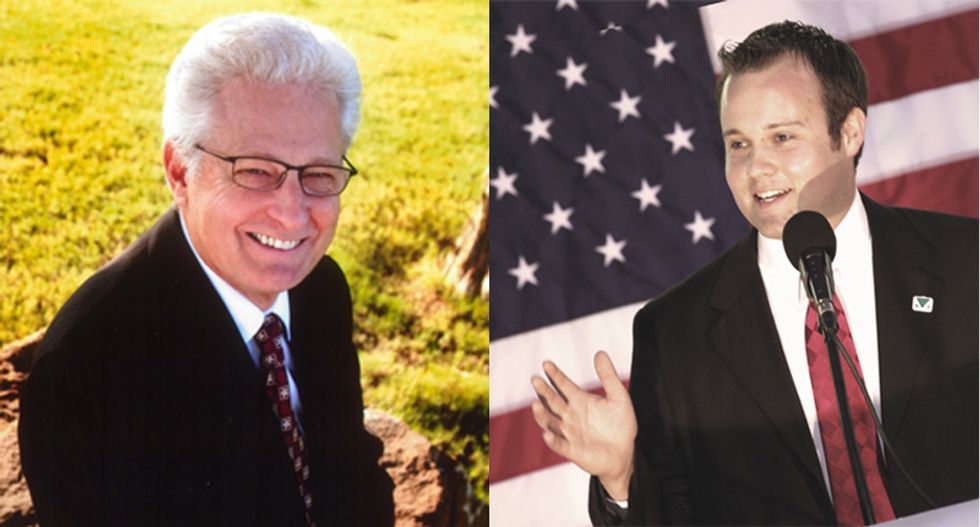 For more than a decade, the wealthy owners of Hobby Lobby provided substantial financial support to Bill Gothard, a politically influential religious leader who -- among other things -- founded the Institute in Basic Life Principles and the chain of Christian treatment centers to which Josh Duggar's parents sent him after he was caught molesting young girls.

"No one," Gawker observed last year, "was more instrumental to [Gothard's] now-controversial ministry than the family behind Hobby Lobby."

In 2003, Jim Bob Duggar took his son to the Basic Life Principles Training Center in Little Rock for counseling on Christian values and sexuality.  Gothard resigned from the Institute he helmed in 2014 amid allegations by more than 30 women that he touched them inappropriately.

The Duggars have enthusiastically promoted Gothard's home schooling materials and seminars on Christianity.

Josh Duggar admitted on Thursday to multiple incidences of child molestation after In Touch Weekly released police documents from 2006 revealing five girls -- including some of his sisters -- had accused Duggar of sexual assault. The Duggar family's hit reality series, "19 Kids and Counting," is no longer airing on TLC, although the cable network has not officially cancelled the show.

Josh Duggar stepped down this week from his lobbyist position with the Family Research Council.