#BlondeLivesMatter: Republicans just did for Kathryn Steinle what they will never do for Sandra Bland 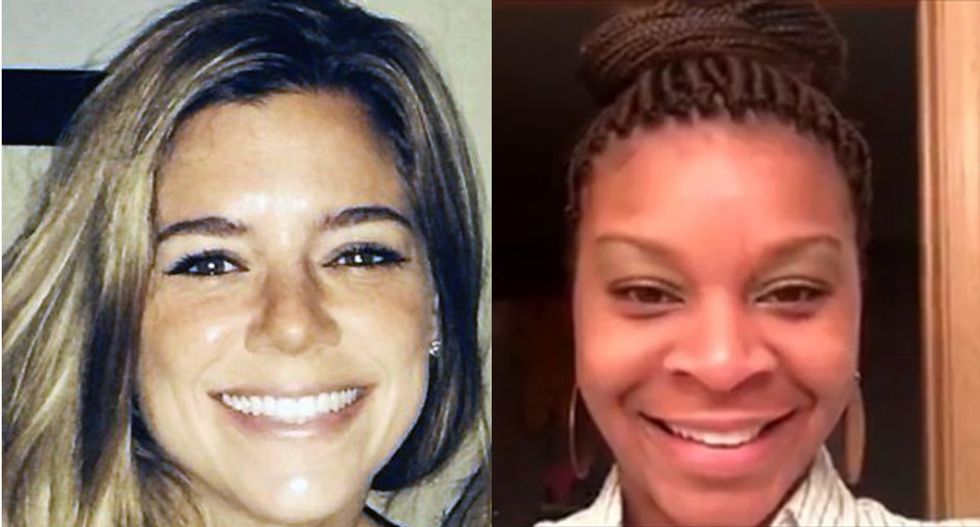 Ever responsive to their Fox News overlords and party standard bearer Donald Trump, Republicans in the House passed legislation Thursday that would deny federal funds to sanctuary cities.

To hear Fox News tell it, local governments who have designated themselves as sanctuary cities do so to protect criminals and rapists and murderers. This apparently makes more sense to a conservative than the idea that encouraging undocumented immigrants to come forward to report crimes or abuse or or to seek healthcare without fear of deportation makes for a safer and healthier society.

Here is one of those "big city mayors" describing why sanctuary cities make sense:

“I believe the anti-immigration movement in America is one of our most serious public problems … I know that our executive order offends some people. They ask, ‘Why should we pay to provide services for illegal immigrants?’ The answer is, It’s not only to protect them, but to protect the rest of society as well.”

Did I mention that was former New York City Mayor Rudy Giuliani?

But that was then and this is now and, in the wake of Kathryn Steinle's tragic death in San Francisco at the hands of an undocumented immigrant, conservatives have cynically latched onto the city's status as a sanctuary city to drum up another paroxysm of Hispanic Panic which tends to serve them well with their nativist base.

Congressional Republicans found in the blonde, young and pretty Steinle not only the perfect poster girl victim for their never-ending anti-immigrant bigotry, but her death came with the added benefit of happening in a liberal city in liberal California.

And how, you may ask, are Republicans going to punish those criminal hellholes?

By denying them tax dollars in the form of federal law enforcement grants -- because less is more when it come to crime-busting it would seem.

On the other hand no one on the Republican side of the Congressional aisle has suggested the obvious and more sensible denial of federal law enforcement dollars to cops in Texas for their hand in the death of Sandra Bland.

Or in Alabama for Kindra Darnell Chapman.

Or in Ohio for Tanisha Anderson.

Or in Louisiana for  Ervin Leon Edwards.

Or in Georgia for Matthew Ajibade.

Or in Maryland for Freddie Gray.

Or in Ohio for Tamir Rice or John Crawford.

Or in New York for Eric Garner.

Or in Utah for Darrien Hunt.

Or in Oklahoma for Eric Harris.

Or in South Carolina for Walter Scott.

There is a reason for this:  #BlondeLivesMatter