WATCH: Conservative Florida mom vows to stop her children from learning about Islam and Arabic numerals 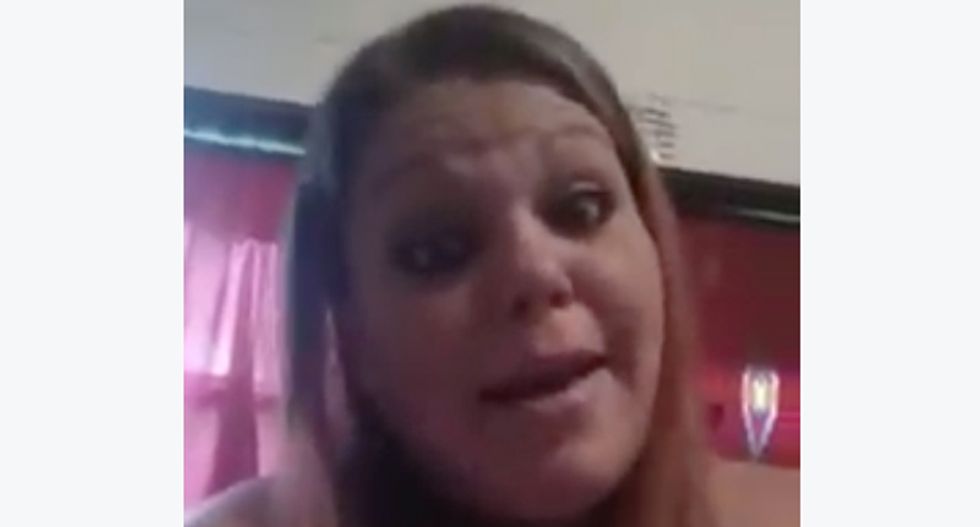 A Florida mom posted a rambling 15 minute video to her Facebook account complaining that her son's high school world history class textbook spends an entire chapter on Muslims and advances in the Islamic world, including the "origin of Ay-rabic numerals."

According to the post by Christian Kayla Normandin, she had previously promised to share a video detailing objections she has with the history book being used in her son's class.

Normandin points out that she has gone through the entire book, but took particular offense at the 35-page chapter detailing the history of Islamic society.

"Now there is one whole chapter, and it's chapter 10 that starts on page 116 and goes to 151, and it tells nothing -- basically everything about Muslim civilizations and 'she-hara' (sic) law. You name it -- it talks about it," she explains.

Paging through the book, Normandin lists off an overview of the history of Islam, including the Crusades where both Christians and Muslims are criticized for "committing appalling atrocities in the name of religion," leaving a "legacy of religious bitterness."

The mom dismisses it with, "You see they're not telling the full truth about the Crusades."

Touching upon developments in education, astronomy, architecture, art, agriculture, science and mathematics in the Islamic world, Normandin drew attention to the development of the Arabic numeric system -- the most common numeric system used in the world today.

She went on to state that she will go as far as she needs to go to get the textbook pulled, saying, "My children aren't going to learn this."

Normandin is not alone in her complaints. Parents in various states -- including Maryland, Tennessee and Georgia -- have objected to their children being taught about the role of Islam in world history.

Here is the video I promised about my sons 6th period World history class for sophomores . I did a basic overview of the whole 40 page chapter and other paragraphs on other issues. We need to put an end to this now!! I have contacted the principal again on this and am waiting on the call and will record the call!! So give me your opinions and questions and I'll answer them the best I can. Heather Briggs john Jon Wolf De Vere Bill Teague