Christian singer tells CNN she’s willing to die for LaVoy Finicum’s beliefs: ‘If I lose my life — it’s worth it’ 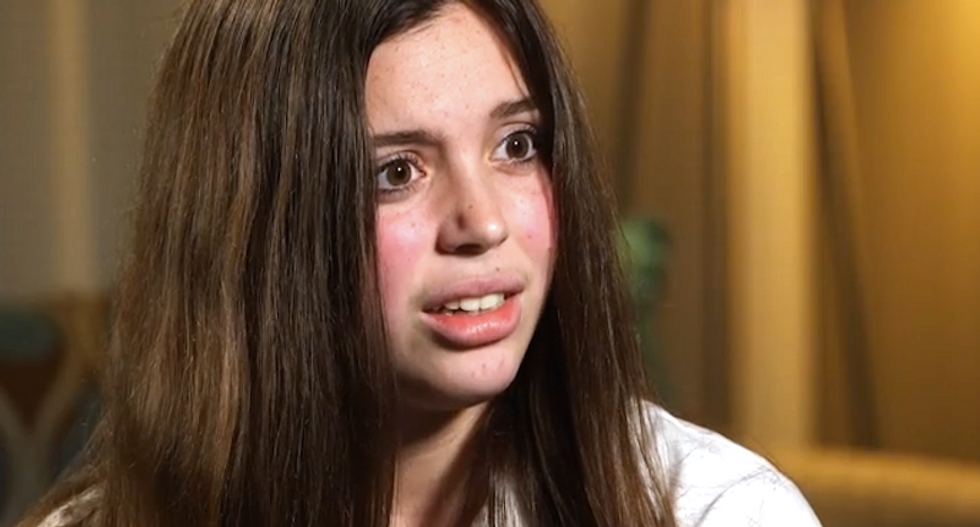 A CNN reporter challenged an eyewitness account of LaVoy Finicum's fatal shooting by showing video that appears to contradict her recollection.

Victoria Sharp was riding in the Arizona rancher's SUV when law enforcement officers attempted to serve arrest warrants against him and three other passengers.

The 18-year-old singer, who went to the occupied Oregon ranch to perform with her family, insists Finicum was murdered as he tried to surrender -- although video evidence shows him trying to outrun police before crashing into a snowbank and reaching toward a jacket pocket where FBI agents say they found a loaded handgun.

"I pray that LaVoy's death will show the American people that these people were inhumane to him," Sharp said.

She repeated her claims, which she first made in an interview the day after Finicum's death, that he got out of his truck with his hands up and walked toward officers while daring them to shoot.

"When he got out of that vehicle, he was not showing any signs of aggression," Sharp told CNN. "He had his hands in the air, and he was walking, and he was in snow, and he was very vulnerable, and they shot him dead."

CNN's Kyung Lah gently countered her recollection, almost like a prosecutor challenging a witness, and Sharp agreed that eyewitness testimony can sometimes be unreliable.

The reporter asked if she had seen the FBI video, which Sharp had not, and Lah offered to show it to her.

Sharp agreed to watch it -- and she quickly blurted out that Finicum's hands were up when he exited the truck.

Lah agreed that Finicum had raised his hands, but then she asked Sharp if she saw him reach with his right hand across his body -- toward the left side of his open jacket.

"What the FBI is saying is that he specifically reached for something in his left pocket twice," Lah said.

"I can't say if he was reaching for a weapon or not," Sharp said.

"When his arms go down, they're not reaching -- watch," Sharp said.

"So that, to you, does not look like reaching across his body into his pocket," Lah said.

She said Finicum was "flailing" his arms in an attempt to maintain his balance in the snow.

"He's running, I remember it," she said. "He didn't reach for anything."

Lah said use of force is typically justified when officers recover a loaded weapon from an area where a suspect reached -- which the FBI says they did.

Lah keeps pressing, reminding Sharp of the danger she was placed in by Finicum -- who had repeatedly expressed a wish to die for his interpretation of the U.S. Constitution.

"You almost got shot, and you're still willing to be a part of a protest in the future?" Lah said.

"It's worth it," Sharp said, tearing up. "If I lose my life for the future of America, it's worth it."