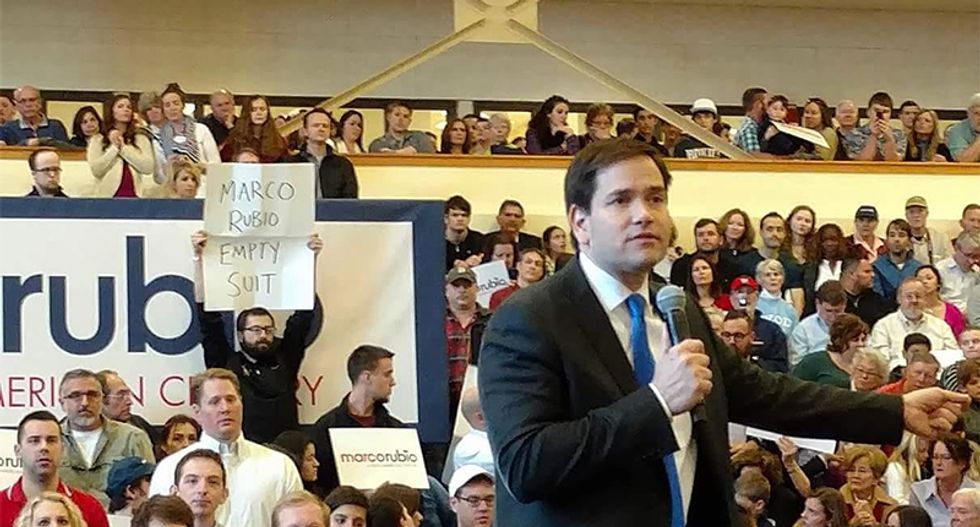 If there's one thing Marco Rubio and Donald Trump have in common it's that they really hate protesters at their campaign rallies. At a rally this morning in Virginia, Rubio's supporters got a little pushy when a protester holding a sign that said "Marco—Empty Suit" was spotted in the crowd, according to NBC staffer Alexandria Jaffe.

The protester was allegedly pushed around and a scuffle broke out. Rubio actually commented on it from the podium saying, "This world is growing more dangerous—and apparently, so is this rally."

Rubio then tried to brush the whole thing off with a joke about Donald Trump's University, according to Politico's Anna Palmer. "Ladies and gentlemen, the valedictorian of Trump University," Rubio said.

Rubio was accused by former Presidential candidate Chris Christie during the debates of being scripted and robotic. He has also been mercilessly mocked by The Simpsons for his robotic ways.

Check out the ordeal on the Vine below: