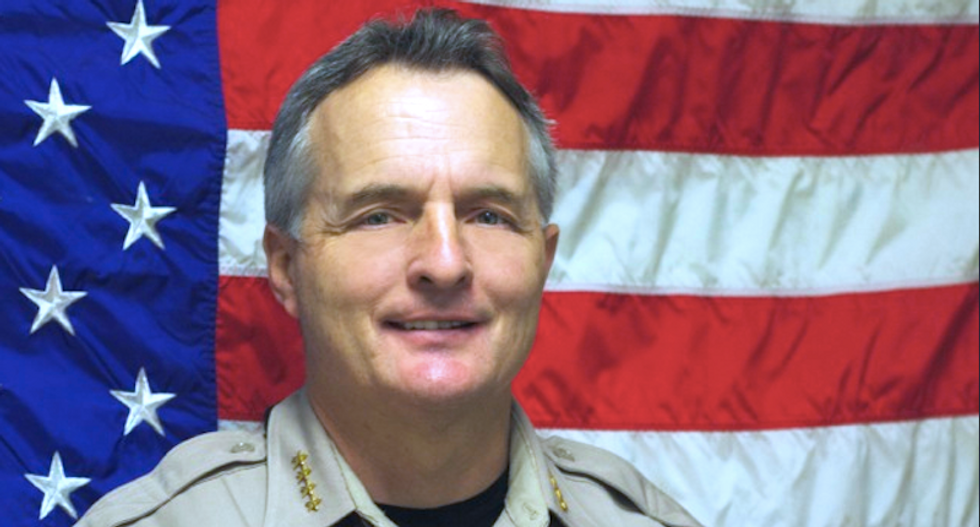 A right-wing "constitutional" sheriff is under investigation by California's attorney general for alleged voter intimidation during Tuesday's primary election.

State officials are investigating reports that Lopey and his deputies set up a checkpoint outside a subdivision near Hornbrook and stopped only those cars driven by Hmongs, an ethnic group of people from some mountainous regions of southeast Asia, and asked whether they were registered to vote.

Hmong residents said county and state officials showed up at their homes carrying military-style rifles and threatened to arrest anyone who tried to illegally vote -- and civil rights activists say many of them stayed home out of fear rather than vote in the primary.

The attorney general and secretary of state sent monitors to polling stations in Siskiyou County, which borders Oregon, to "ensure that all voters are able to cast their ballot free from intimidation, interference or threats of violence,” said Rachele Huennekens, a spokeswoman for Attorney General’s Office.

“We are specifically monitoring reports of alleged voter intimidation among vulnerable minority populations, such as the Hmong community," Hunnekens said. "Anyone who witnesses or is subject to voter intimidation should report it to the Secretary of State’s office."

Andy Fusso, founder of Siskiyou Forward PAC, said the sheriff may have been trying to squash voter turnout to influence the passage of two measures related to banning outdoor marijuana growing and another one that would raise the sales tax by a half cent to build a new county jail.

Lopey, who is active in the right-wing Oath Keepers and Sagebrush movements, issued a press release Friday claiming his deputies were investigating alleged voter fraud -- but he didn't offer any specifics about the allegations or whether any evidence was uncovered.

Lopey hosts lectures on his interpretation of the constitution, which match views expressed by the jailed Bundy family and their armed militia supporters, and has appeared in uniform at events sponsored by the Oath Keepers gun organization.

He's a founding member of the Constitutional Sheriffs and Peace Officers Association -- which was formed by former Arizona sheriff Richard Mack and promotes the legal fallacy that county sheriffs are the highest law enforcement officers in the United States and authorized to evaluate which laws are constitutional.

The group, which has ties to many of the armed militants who took over an Oregon wildlife refuge about 350 miles northeast of Siskiyou County, is working to elect like-minded sheriffs and pressure elected officials not to enforce gun laws.

Other CSPOA members have been accused of targeting political opponents and minorities for intimidation with trumped-up voter fraud allegations.

The county sheriffs promote conspiracy theories about the Affordable Care Act and the United Nations to convince others to resist federal authority on public lands -- a goal they share with both the Bundy militants and the Koch-backed American Lands Council, whose officials speak at CSPOA gatherings.

Some of the law enforcement officers are active in the Republic for the United States of America "sovereign citizens" group and have attempted to file bogus oaths of office clearly influenced by that anti-government extremist movement.

They also tend to share the anti-immigrant views of "birther" Sheriff Joe Arpaio, a frequent speaker at CSPOA events.

Many of the sheriffs involved in that organization have also been plagued by complaints that they've concentrated on their legally dubious fight against federal authority at the expense of the local law enforcement duties they're sworn to uphold.