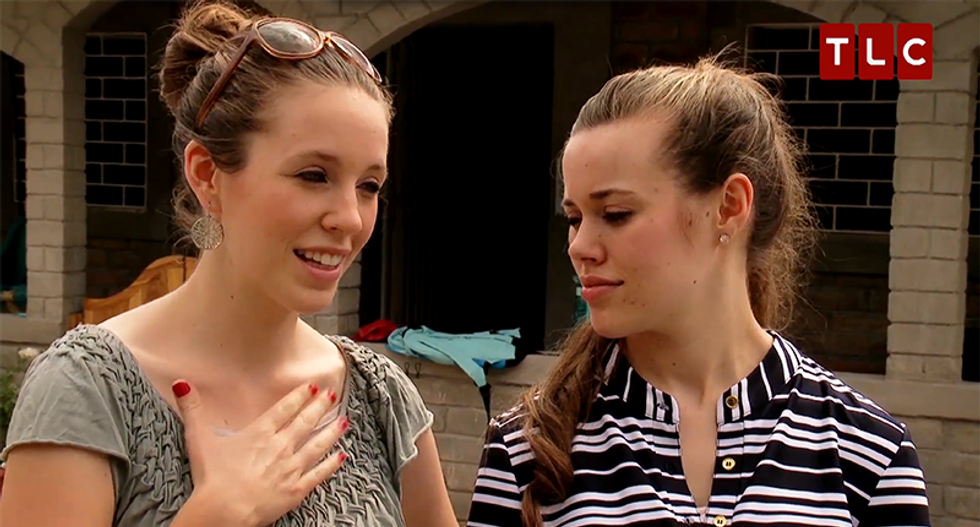 Creationist Ken Ham is responsible for the Ark, in addition to $18 million in taxpayer-funded subsidies, and like the Duggars, he is anti-sex, anti-science and very anti-Bill Nye. So, it wasn't surprising that the controversial mega-family was one of the first to line up.

According to the Hollywood Gossip, however, that was when opponents to Duggars and the Ark pounced.

The above photo appeared on Jessa Duggar's Instagram account and it wasn't long before the attacks began.

"What did they feed the lions and alligators back in the day? Were bug species brought on? Just curious," one commenter posted.

"I didn't see very many windows," another began. "I bet it smells pretty ripe in there after a while. What did they do with all that poo, so many questions..."

"Your time would be much better spent reading nonfiction books," someone remarked about the inability of the Ark to stay afloat. "Perhaps one on shipbuilding."

"Wow, this money could've easily been used to help others," another person said referencing the $101 million spent on the Ark Encounter.

"How stupid and what a [waste] of resources that could be used to help others," another person agreed. "How Christian of you, talking good building supplies, money, and time and then create a stupid boat when there is thousands of homeless people in our country."