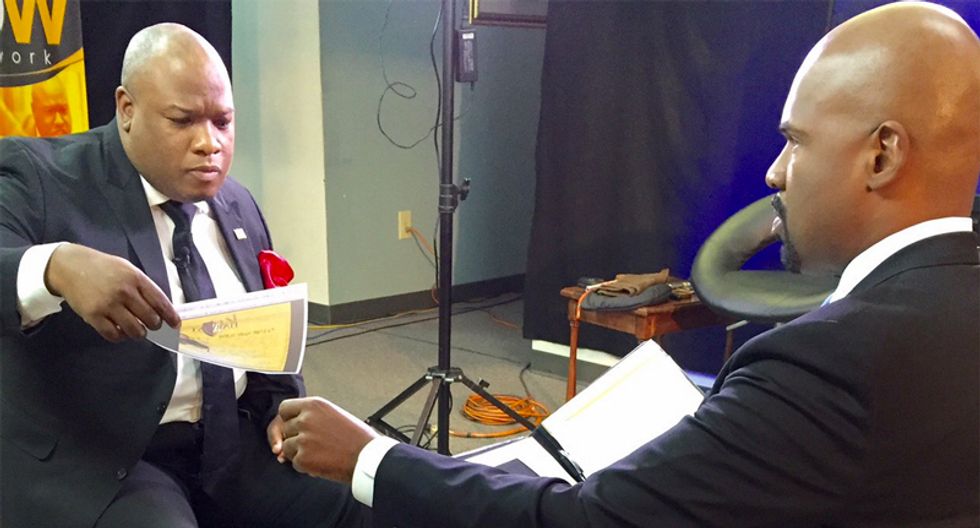 One of GOP presidential nominee Donald Trump's most visible defenders has admitted that he lied about his military experience and his college background after first stating that his church website had been hacked and someone else had posted the false information.

Pastor Mark Burns has been at the forefront of pushing the candidacy of Trump with black voters, only to create more controversy by first tweeting out a cartoon of Hillary Clinton in blackface before later lashing at cable TV host, asking about her "heritage" when she asked him about the cartoon.

Pressed by CNN host Victor Blackwell, Burns first admitted that he did not graduate from North Greenville University with a Bachelor of Science degree, before taking offense at the line of questioning and stating he thought the interview was for a profile and was off the record.

"I didn't agree to that," Blackwell said before again pressing Burns on his bio.

"This is not fair at all," Burns replied. "I thought we were doing a profile and all of a sudden you're here to try to destroy my character."

"I'm not here to destroy your character," Blackwell replied.

As part of their investigation, CNN stated that Burns only attended the university for one semester and that his claim that he served in six years in the Army Reserve was also false, with the pastor only serving a short stint in the National Guard.

Burns later released a statement on saying he had "overstated some details" in his biography because, as a young man, he wanted to be taken seriously as a  pastor starting up his new church in Greenville, South Carolina.

In his statement, Burns also said he was under attack because "I am a black man supporting Donald Trump for president."