Bill Maher: 'Grab her by the p*ssy? Sounds like what Hillary did to Trump at the first debate' 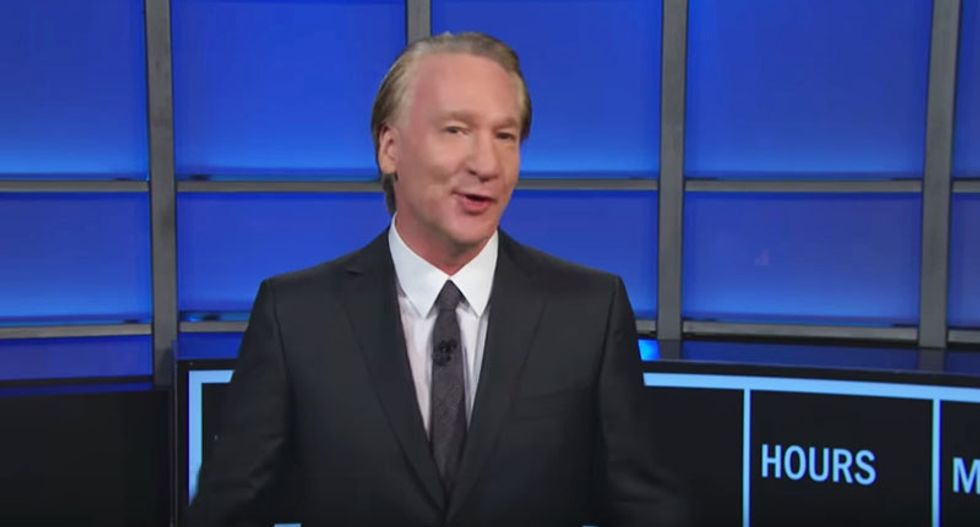 "Real Time" host Bill Maher was quick to bring up Donald Trump's 2005 leaked tape and mock him mercilessly for it and the parade of Republicans who are now coming out against him.

On Friday night's show, Maher talked about dodging a bullet with Hurricane Matthew staying mostly off the coast of Florida as it makes its way up the eastern seaboard. "However, with Donald Trump talking about women, it has been upgraded to a category five sh*tstorm," Maher joked.

Rubbing his eyes in disbelief Maher confessed, "Every week I say this, 'This is really happening.'"

Maher explained the story specifically citing the fact that Trump didn't know his mic was hot. "That's one indication you're a f*cking idiot," he said.

Maher then quoted Trump's comments about grabbing women by the p*ssy, "Grab them by the pussy?! Sounds like what Hillary did to Trump at the first debate," he said to audience cheers.

The Sunday morning talk shows will be priceless according to Maher. The Trump surrogates are already trying to spin as much of it as they can and pivot back to Hillary Clinton, but it isn't working out well for them.

Imitating a Trump surrogate, Maher said, "Look, George, people are tired of Washington politicians who won't grab the voters by the p*ssy."

Check it out in the video below: