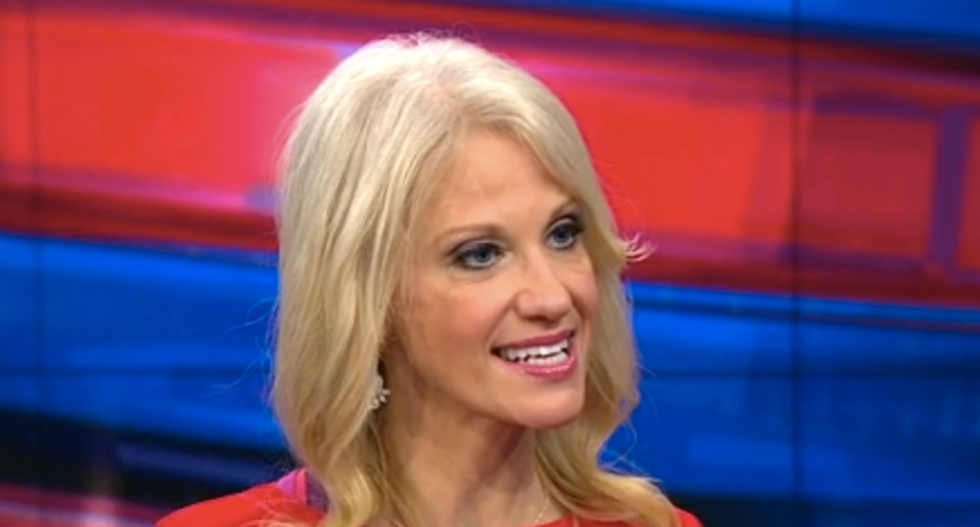 Donald Trump and Steve Bannon are carrying out an authoritarian coup, according to an expert on fascist history -- and Kellyanne Conway keeps dropping hints about their intentions.

Ruth Ben-Ghiat, professor of history and Italian studies at New York University, warned in a CNN column that Trump and his chief strategist intended to remake American politics in their own image, and she cites some revealing comments by Conway, a senior counselor to the president, to back her claims.

The author of Italian Fascism’s Empire Cinema argued that the president and his team were intentionally generating "confusion and chaos" with a quick succession of executive orders, especially a controversial ban on travelers from some predominantly Muslim nations.

Ben-Ghiat called these "shock events," which she argued were intended to disorient and disrupt Americans and the political system to help Trump consolidate his power. Conway, the president's campaign manager, applauded the chaotic implementation of the immigration ban, celebrated Trump's orders as "breathtaking" and warned "get used to it. @POTUS is a man of action and impact ... Shock to the system. And he's just getting started."

The historian described how Trump and his team appeared to be setting up a "government within the government" to further consolidate their power and sideline dissenters. This strategy requires the creation of a small group of loyal insiders -- say, the Strategic Initiatives Group -- that takes orders directly from the president's inner circle and bypass existing chains of command. Conway described this setup when she said: "It's really time for (Trump) to put in his own security and intelligence community."

That tight inner circle must then purge anyone -- the acting attorney general, for example, or the State Department's entire senior staff -- who questions their absolute authority over even the truth itself. "You're saying it's a falsehood," Conway said, challenging unflattering reports about the size of Trump's inauguration crowd. "Sean Spicer, our press secretary, gave alternative facts to that." Then even outside dissent must be silenced, as Conway warned. “Not one network person has been let go, not one silly political analyst and pundit who talked smack all day long about Donald Trump has been let go,” Conway said. “I’m too polite to mention their names, but they know who they are, and they are all wondering who will be the first to go. The election was three months ago. None of them have been let go.”