Whoopi drops truth bomb on GOP's town hall lies: 'People are not paid to do this - people are pissed off' 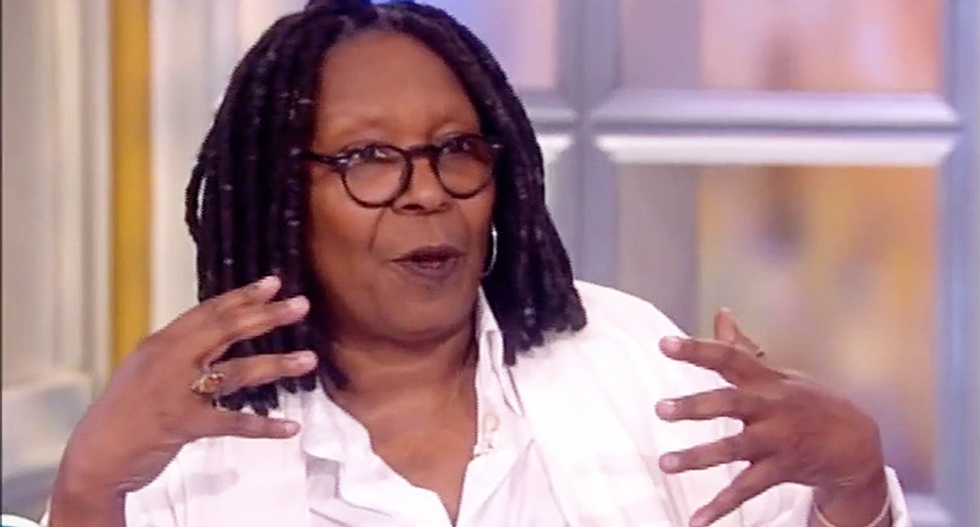 The women of "The View" all agreed that those rallying at town halls for lawmakers are perfectly capturing democracy and elected officials are stuck in the Washington, D.C. cesspool.

Republicans have claimed that those causing trouble at the town hall meetings are being paid by liberal groups. Host Whoopi Goldberg railed against the claim, saying, "People are not paid to do this. People are pissed off!"

"I think there's a lot of pressure in D.C. right now considering [Donald] Trump is technically a Republican and he's overseeing this party," co-host Sara Haines. "Right now people are feeling the pressure in D.C. to give in, pass people, do all of this stuff. These are the people that are going to vote them back in or not," she said of those attending the town hall meetings. "I think it's a good a real reminder that at the end of the day, their power comes from those votes."

Co-host Sunny Hostin agreed, noting that every elected official works for the people and that too often people forget it. She was also shocked by the ways in which the GOP officials are continuing to call Obamacare a bad thing, even as people are heralding it. She explained that the idea for health care came from FDR and that Obama was the first president in 100 years who was able to make it work. She also wondered how the GOP could oppose it so much when it is more cost-effective in the end.

"If Obamacare was really that popular with people, Hillary Clinton would be president right now," Bila claimed.

Co-host Joy Behar noted that many people who voted for Donald Trump didn't even know the difference between the Affordable Care Act and Obamacare.

"This has nothing to do with the Affordable Care Act," Goldberg said. "A lot of what's happened with the insurance companies is that the insurance companies don't want to deal with this. So, we're going to punish you, so you're forced to move this. Now, here's my suggestion, because it works for a lot of people, there has to be a way, as with everything, that you use stuff that works and move what doesn't - but to come in and sweep everything out seems very crazy to me."

You can watch the full clip below: