Trump doesn't want to be president -- he wants to be the White House comms director: columnist 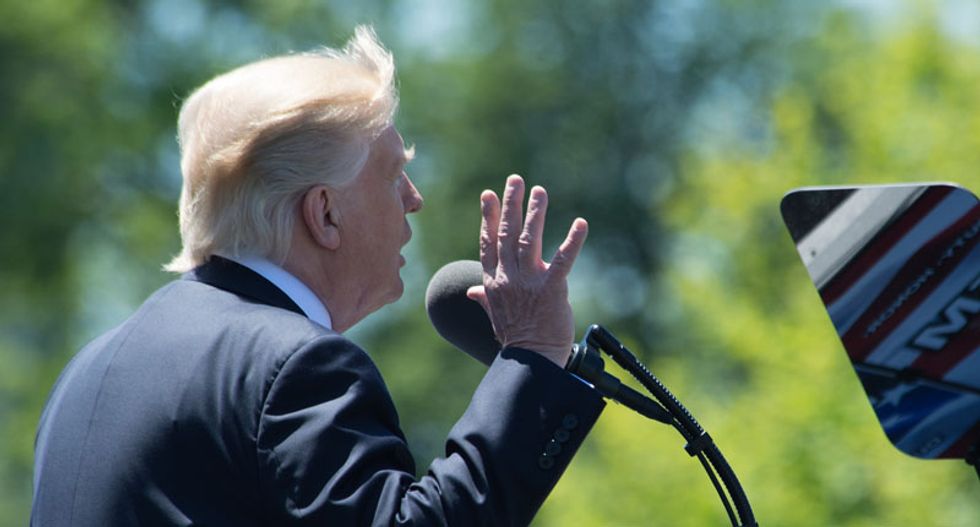 President Donald Trump doesn't actually want to be president, said Politico columnist Jack Schafer on Thursday, he really wants to be the White House communications director, a position the administration has left unfilled since Michael Dubke walked off the job in May.

Shafer made the case that Trump has outsourced all of the meaningful work of the presidency and spends all of his time obsessing over messaging.

"Trump doesn’t really want to be president," Shafer said. "If he did, he’d nominate candidates to the 404 important but vacant administration jobs and get on with the job of governance. He doesn’t seem to want to be commander in chief of the armed forces, either, having outsourced Afghanistan troop-level decisions to Secretary of Defense James Mattis. Don’t burden him with foreign policy—which so daunts him that he’s postponed an official trip to Britain because (as some report) he fears the inevitable protests that will greet him. Nor is he much interested in upholding the oath he took on Inauguration Day, promising to 'preserve, protect and defend the Constitution of the United States.' He proves this lack of interest every day by ignoring the Constitution’s foreign emoluments clause."

Instead the president spends his days watching cable TV and sending out urgent bulletins about what's on his mind via Twitter.

With no communications director, Shafer said, "hapless" Press Secretary Sean Spicer is left with the burden of crafting and communicating the White House's message, but Trump has made it clear on multiple occasions that he is less than happy with Spicer's performance and is considering replacing him with Sarah Huckabee Sanders or -- according to recent rumors -- right-wing radio host and race provocateur Laura Ingraham.

"To control and edit the messages radiating out of the White House is media hound Trump’s keenest ambition. He wants to conduct himself the way he did during those New York decades when he fed the tabloids items like Skittles from a fun-size bag," wrote Shafer.

Trump has repeatedly undercut his subordinates by impulsively attempting to seize control of the narrative, even if he contradicts talking points that aides have spent days crafting.  And for being a president who claims that his and the public's main enemy is the media, Shafer said, he spends an awful lot of time courting them.

The fact is, Pres. Trump loves to talk and he loves an attentive, captive audience, wrote Shafer, "and now that he’s president reporters would line up to transcribe his words even if he started reciting a Maytag washer repair manual backward."

"He’s given an 'after hours' tour of the White House to Time magazine and placed calls directly to reporters to talk about legislation or Susan Rice’s 'crimes.' He’s met reporters in the Oval Office in hopes of spinning them. He’s praised his Fox & Friends sycophants and live-tweeted their show. He’s held forth at a marathon news conference and given windy, disjointed, Maytagian interviews to NBC News’ Lester Holt, CBS News’ John Dickerson, the Financial Times, Fox Business’ Maria Bartiromo, The Associated Press and others. He once even fielded a late-night call from the Times’ Pat Healy just so he could trash actress Meryl Streep."

The "ongoing ballyhoo" about Sean Spicer's press briefings and whether they will continue, Shafer argued, is just another manifestation of Trump wanting to micromanage the White House's message.