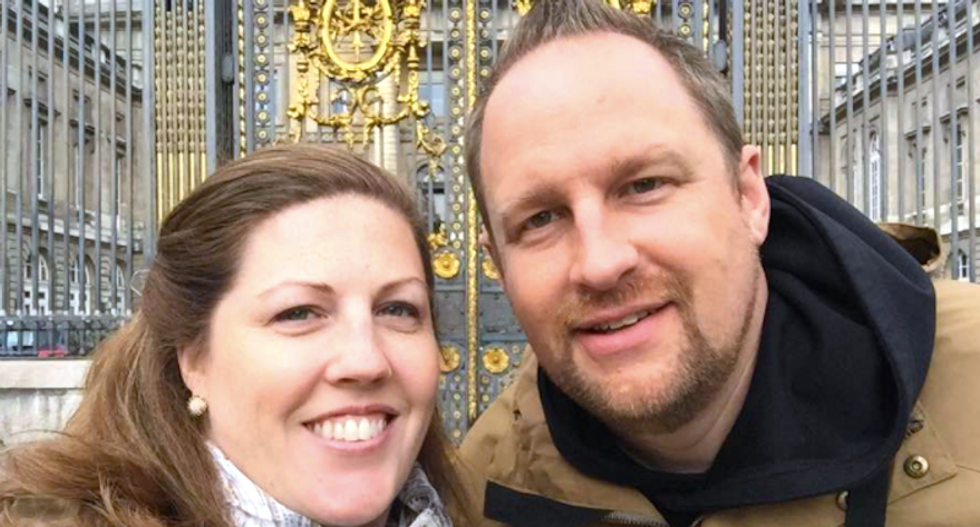 A Republican consulting firm previously hired by both President Donald Trump and Vice President Mike Pence is promoting conspiracy theories about the murder of a DNC staffer to hawk wrinkle cream.

“Sean Hannity’s Wife Drops Bombshell Amidst Fox News Murder Investigation!” blares the email's subject line, and it links to a "message from our sponsor" describing how Hannity's coverage of the DNC staffer's 2016 slaying had put the Fox News host under media scrutiny that uncovered the product.

"What journalist [sic] found about [Hannity’s wife] Jill’s net worth is even more mindblowing,” the ad claims, and goes on to promote a skin cream called Parisian Secret that produces “anti-aging results that before now were only possible through surgeons.”

The ad shows fake Facebook comments touting the product, and Hannity told The Daily Beast the ad's claims are "all a lie" and that he's considering possible legal action.

“I have my attorneys on it. Fake news,” he told the website.

The emails, which come from the sender "Lifelong Conservative," have previously claimed the wrinkle cream was developed by the wife of Facebook CEO Mark Zuckerberg, and it has shown bogus testimonials from Megyn Kelly and Kelly Ripa.

The Lifelong Conservative email list is operated by Mustard Seed Interactive, and the company rented the list to an advertiser selling the wrinkle cream.

Mustard Seed, according to incorporation records, is headquartered in the same suite in the same Greenwood, Indiana, office building as the Prosper Group, reported The Daily Beast.

Prosper has worked in the past for both Trump and Pence, the former Indiana governor, as well as Human Services Secretary Tom Price, Wisconsin Gov. Scott Walker, and New Jersey Gov. Chris Christie, and it's already working on GOP congressional campaigns.

Trump boasted in June 2016 that Prosper had helped him raise $11 million online after changing course on the campaign's digital strategy, which included hiring two firms -- Rev and Cambridge Analytica -- that had worked for his GOP rivals.

Luidhardt also co-founded the GOP email list broker Conservative Connector, which shares an office suite with Prosper and Mustard Seed and was paid $27 million during the 2016 campaign cycle by the RNC.

The Lifelong Conservative list promotes conservative news and commentary on the website DC Statesman, which has promoted Seth Rich conspiracies and is overseen by Prosper staffer Alan Moore, who also serves as managing editor of the website Real Time Trump.

That site was registered last year by Prosper and Kurt Luidhardt, according to The Daily Beast, and Luidhardt confirmed both sites were owned by Mustard Seed.

Rich's family has asked Fox News to retract an article reporting conspiracy theories about the DNC staffer's July 2016 murder, and the report was removed from the conservative news organization's website.

Hannity agreed to pause his nightly discussions of the conspiracy theories after Rich's family begged him to stop.