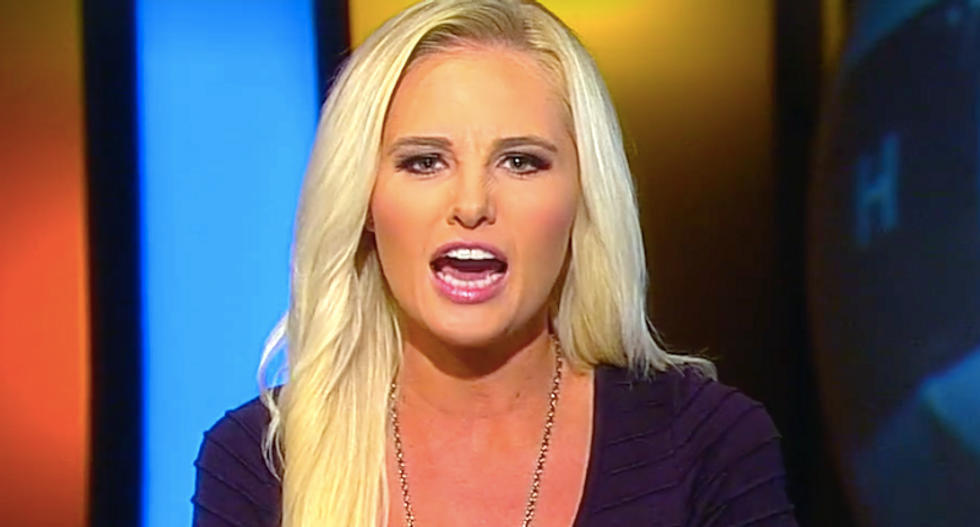 Tomi Lahren, the notorious race-baiting Trump supporter who was fired by Glenn Beck's media company earlier this year, has been hired as a contributor by Fox News.

As CNN's Oliver Darcy reports, Lahren will primarily be a contributor for Sean Hannity's show, though she will also be involved in "work on digital product in development."

In the past, Lahren has not been shy about weighing in on race issues. Among other things, she has said that black people risk getting shot by police unless they condemn the Black Lives Matter movement to show officers that they aren’t against cops; has compared Black Lives Matter to the Ku Klux Klan; and has told former 49ers quarterback Colin Kaepernick to be grateful for having two white parents who adopted him after his black father abandoned him.

She also said in an interview with Playboy earlier this year that her "most important" goal was to help make white people less afraid of offending black people.

The internet reacted with horror to Lahren's hiring, which will allow her to bring her brand of race baiting to a much larger mass audience than ever before.

Britt McHenry and Tomi Lahren ending up at the cesspool of Fox is fitting
— Adam McGinnis (@Adam McGinnis)1504106011.0

@oliverdarcy @maggieNYT @TomiLahren They should be forced to label her "Tomi Lahren, Obamacare Recipient" on every announcement.
— Chris M (@Chris M)1504105733.0

You can finally get off your parents' health insurance, @TomiLahren! And all you have to do is yell at a camera! https://t.co/amIoVQcr6D
— Chris Murphy (@Chris Murphy)1504106676.0