'Watch out for the paramilitaries': Right-wing militia groups aligning with GOP officials under Trump 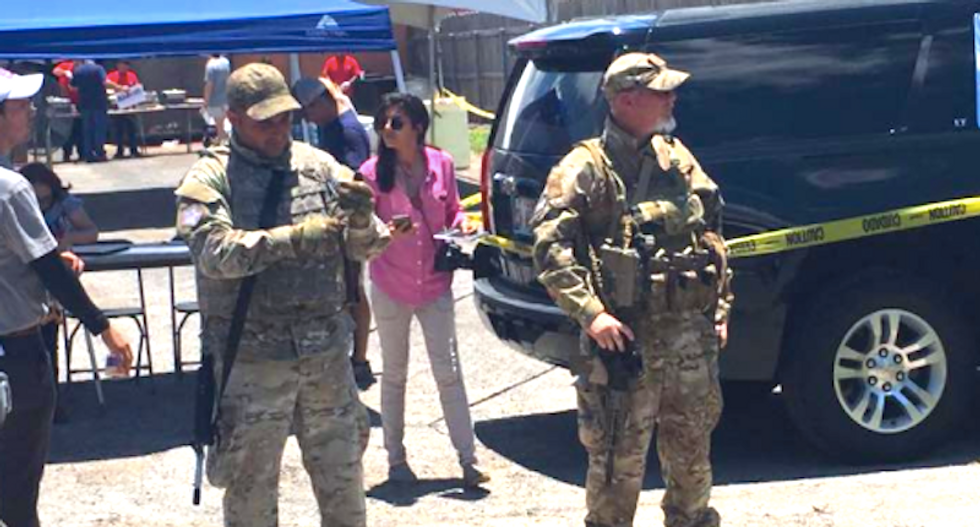 Right-wing militias are walking out of the anti-government shadows and into the Republican Party apparatus.

Timothy Snyder, a Yale University historian, warned after the election to "watch out for the paramilitaries," saying the "end is nigh" when "men with guns who have always claimed to be against the system start wearing uniforms and marching around with torches and pictures of a Leader."

"When the pro-Leader paramilitary and the official police and military intermingle, the game is over," Snyder warned.

That's not quite what's happening yet, but The Trace found at least five instances in three states where anti-government gun groups aligned themselves with conservative elected officials and GOP causes.

Oregon State Rep. Mike Nearman defended a legislative aide, Angela Roman, who spent four days in jail last month for lending a firearm to a fellow member of the Three Percent group who was prohibited from owning guns due to his felony record.

Roman and her Three Percenter friend also attended a pro-Trump rally in March that led to clashes with left-wing groups, and the militia member was arrested on weapons charges after injuring a police officer with pepper spray.

“I took a risk on hiring this young lady, and I’m pleased to announce that my bet paid off,” Neaman said after her arrest, although he failed to mention her involvement in the anti-government group.

The Republican Party of Multnomah County, Oregon, agreed to hire Three Percent members, as well as right-wing Oath Keepers, to provide security at future GOP events, saying they were natural allies because of their mutual support for Trump.

"His enemies are my enemies and his enemies are all our enemies,” said James Buchal, the local party chairman. “We are really in a life-or-death battle for the future of our society.”

“We’re not here to intimidate anybody from either side,” said Mike Jenkins, the right-wing group's leader, who admitted to coordinating the demonstration with the conservative elected official.

Texas State Militia members turned up last month to offer security during a peaceful protest at a public event for Gov. Greg Abbott, who had just announced his re-election campaign.

“There really was no need for semi-automatic weapons and the Texas Militia,” said Danny Diaz, a community organizer for one of the pro-immigrant protest groups. “It was just teachers, students, children, immigrants and people who care for human rights outside his event peacefully protesting ... This type of intimidation tactic was way out of line.”