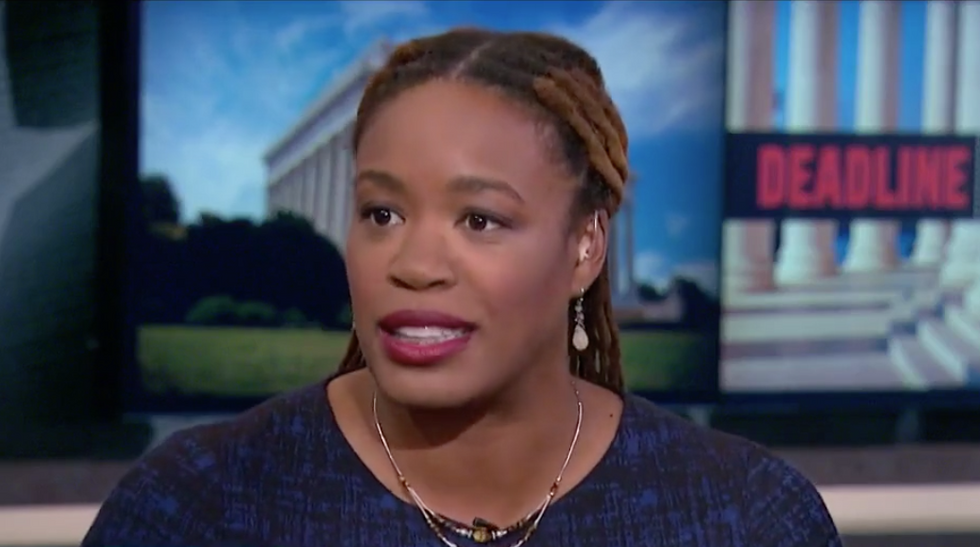 On Wednesday, MSNBC political contributor Heather McGhee pointed out that President Donald Trump's attacks on Gold Star families like the family of slain U.S. Army Green Beret La David Johnson have all been on families of color.

She said the president seems to have a "reflex" to demonize people of color and portray them as unpatriotic enemies of the country.

"The one thing that the Johnsons and the Khans have in common is that they are Gold Star families of color," McGhee said. "And again, the reflex that Donald Trump has to make an 'us' versus 'them' that falls along racial lines is so, so jarring."

It's like Michael Che from "Saturday Night Live" said, McGhee quipped, that when a tragedy happens to a person of color, Trump's first instinct is to make it worse.

Anchor Nicole Wallace pointed out that when Rep. Frederica Wilson quoted the president's callous remark that Sgt. Johnson "knew what he signed up for," Trump "immediately went to war with a black member of Congress."

"On a daily basis," McGhee said, conservative media is telling white viewers to see people of color as individuals who always "are asking for too much, who are always going to be angry, who are unpatriotic, who are disrespectful, who are criminals. That narrative is something he thinks that he wins at every time he does it."

"It's a calculated political strategy on his part," she added.