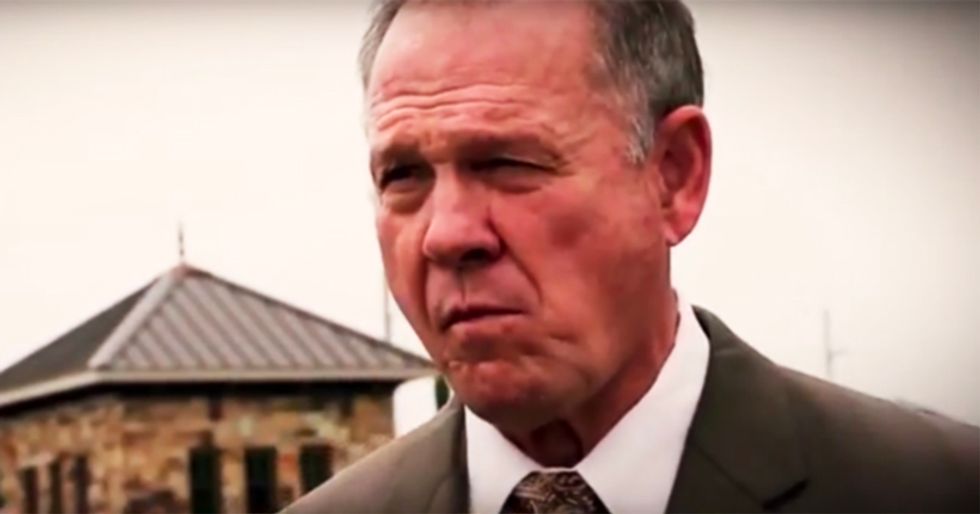 A childhood friend of former Judge Roy Moore accuser Leigh Corfman, said they she remembers the former district attorney stalking teen girls at the mall in the late '70s causing one group of girls to duck into stores in order to avoid him.

Speaking with Al.com, Patti Spradlin -- who asked that her married name not be used to avoid repercussions against her husband's business -- said Moore was well known to the teens for his predatory ways.

According to Spradlin, she was part of a pack of teen girls who used to hang out at the now-notorious Gadsden Mall where Moore was reportedly banned for bothering teen girls.

As she explained to Al.com, when they would see Moore coming, they knew what to expect and took evasive action.

"There was an element there that everyone was aware of. There were places you could duck into to avoid this person. And it was Roy Moore," she recalled, adding that a favorite hiding place was a children's clothing store owned by her aunt.

According to Spradlin, she was never assaulted by Moore, but that she was coming forward because she has been a victim of sexual abuse and that Corfman's bravery in speaking about the U.S. Senate candidate compelled her to speak out.

"I was molested. It started when I was five years old and it went for several years. I have yet to confront this person. I've had several Christian counselors and psychiatrists and I didn't tell them until just this past year. It's been almost 50 years," she explained, adding that she could see why childhood friend Corfman would come forward with Moore running for office.

"If I had to hear his voice -- whether it be on the radio or TV or see a picture of him and his name in print -- I would find the loudest and largest voice I could find to speak out," she said.

Spradlin stated that she likely won't vote for Moore's opponent, Doug Jones due to his pro-choice views, and she may sit the election out.

"I can't imagine voting for either one of them. I don't know. It's a horribly sad state," she lamented.