The View explodes on Trump for trusting Putin: 'You can't be an American citizen and agree with that' 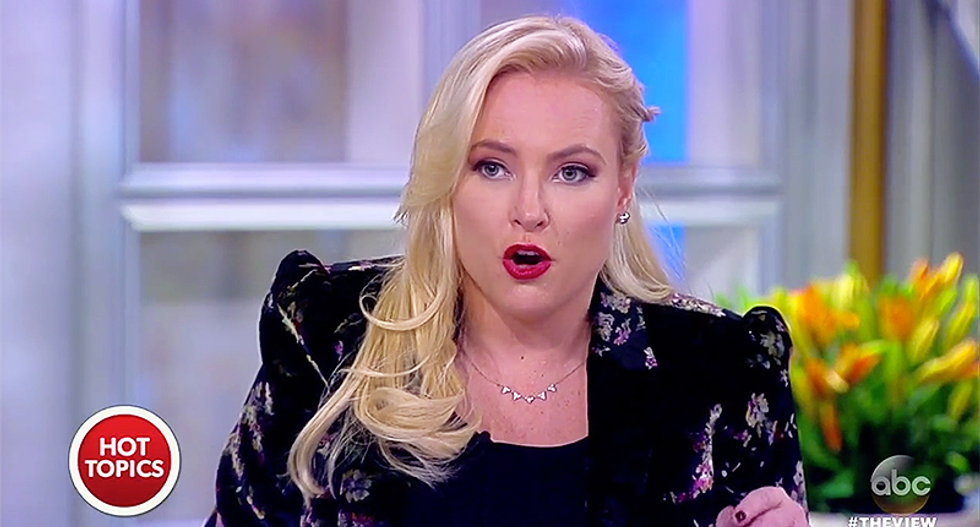 "You can't be an American citizen and side with that," Whoopi Goldberg said about President Donald Trump's announcement over the weekend that he trusts Russian President Vladimir Putin on 2016 campaign meddling.

During Monday's episode of "The View," it was Republican Meghan McCain who ripped Trump, specifically calling him an "embarrassment," for having to walk back the comments. She explained that Putin wants Americans to have a lack of faith in the government and to sow chaos.

"It is very, very important that we don't get desensitized to how intense this is," McCain said. "Our president of the United States of America is saying we can't trust our intelligence community but we can trust a KGB murderous dictator who is aiding and abetting the largest refugee crisis since World War II, the gassing of innocent children in Syria right now, while trying to annex the Baltic states, annexing Crimea, everything going on in the Ukraine. He's dedicated to the destruction of the west and we're watching this play out in real time."

She confessed that she never thought that as a member of the Republican Party, she would see something like this. She harkened back to President Ronald Reagan who demanded "Mr. Gorbachev tear down this wall," and now she's shocked to see a member of that party pal around with Putin. She was particularly curious why Trump would make a move like this while being investigated by special counselor Robert Mueller.

"Sunny you're the attorney sitting here," McCain continued to co-host Sunny Hostin. "If my former campaign manager was under indictment right now for possible ties of getting money from foreign entities, including Russia and the Ukrainians, that aided and abetted -- I implore the American public this is a moment in history. I was deeply upset over the weekend of statements. I think everyone should know this is intense. This is serious. If we're going to normalize the gassing of children -- this is a watershed moment for us as Americans. We can't let anyone get away with this."

Co-host Joy Behar wanted to know where Senate Leader Mitch McConnell (R-KY) was falling on an issue like this.

Goldberg quoted McCain's father, who said that there is nothing that abides by Trump's "America First" philosophy when taking the word of a KGB colonel over American intelligence services.

"We don't always agree politically," Goldberg noted. "But there's not a person -- I don't care what your political standing is -- there is no one in this country that can stand up and say 'I agree with anything that is happening.' I don't care if you voted for him. You can't be an American citizen, who believes in our democracy and side with that."

McCain went on to note that if the table of women were in Russia today "we would all be in jail or murdered," for saying what they did on TV this morning.

In an interview on the Daily Beast's " New Normal" podcast, a top Florida Democrat speculated that Gov. Ron DeSantis (R) was infected with COVID-19 late last year and hid it from the public.