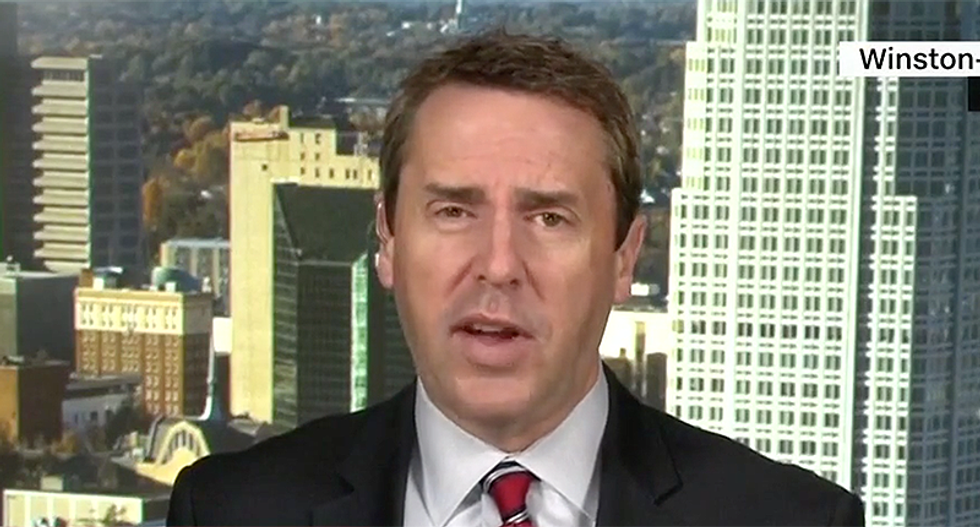 Rep. Mark Walker (R-NC) has served almost two decades as a Baptist minister, but he still supports President Donald Trump, but not because the billionaire is a Godly man.

“I was raised in that world and it always fascinates me that so many evangelicals went for a man who might answer the question ‘what would Jesus not do’,” CNN host Bill Weir said to Walker. “How do you reconcile your faith with this president, politically?”

“After eight years of the Obama administration,” Walker said. “Things like the former president saying ‘God bless Planned Parenthood.’ Those kinds of things riled up the evangelical base.”

The quote Walker recited from President Barack Obama was from a speech to Planned Parenthood where he closed, as presidents often do, by saying "God bless you. God bless the United States of America."

Weir didn't note that among people of faith, saying "God bless you," is a frequently used prayer said as a nicety.

Ministers across the country have attacked the evangelical wing of Christianity for being un-Christ-like in their continued support of Trump. In an interview Tuesday, Rev. Billy Graham's granddaughter Jerushah Armfield called out their hypocrisy.

The term evangelical “started to really represent, actually, a branch of Christians that seemed to be a little more conservative and a little bit more hypocritical, a little bit more willing to compromise on the personal morals of a candidate in lieu of what politically they could gain for their party,” she told CNN.

Continued evangelical support for Roy Moore gave many Christians pause after the disgraced judge was accused by multiple women of molesting them as children. Christian leaders have also called on evangelicals to denounce Trump in wake of his "both sides" comment after the white supremacist riot in Charlottesville, Virginia.

“I probably shouldn’t say this on CNN or even out loud but I will tell you this, the Steve Bannons of the world, that kind of language and rhetoric, that’s not who we are,” he said. “Republicans have to be willing to call out when there is certain language used with undertones to our friends and neighbors of all the communities we serve. We have to have the boldness to say ‘that’s not right.'”