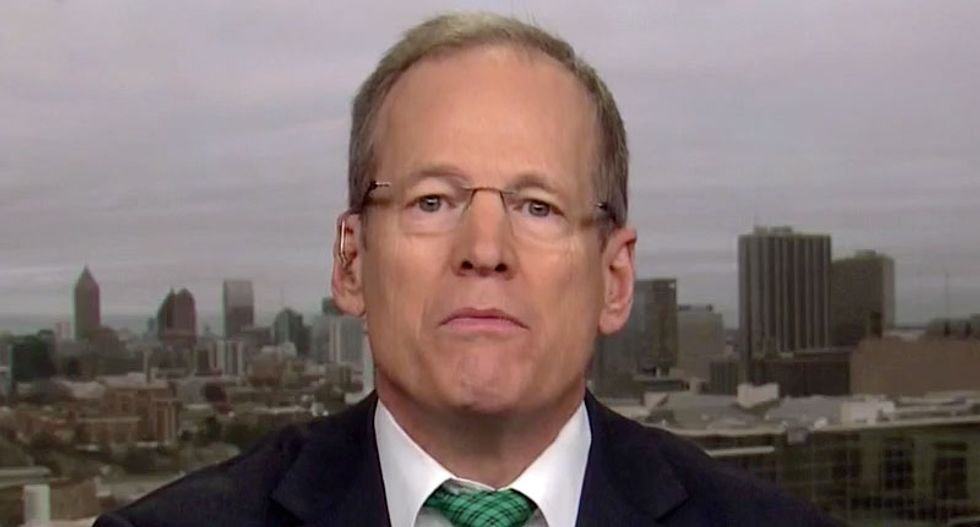 CNN anchor Victor Blackwell had to repeatedly correct falsehoods by former Rep. Jack Kingston (R-GA), who works for the network as a political commentator, during a Saturday segment on the investigation by special counsel Robert Mueller.

"As you can see with the FBI indictment, the evidence is now really incontrovertible and available in the public domain, whereas in the past it was difficult to attribute for a couple reasons,” McMaster explained at the Munich Security Conference.

"I think that we should not focus on that as much as the outrageous fact that they did interfere," Kingston suggested.

"You know, not just through these three companies, but think about 80 employees who work full-time to spy on us and to interrupt us and meddle," Kingston charged.

"I think that is where the focus needs to be," Kingston argued.

Last month, Kingston claimed, nobody on the Trump campaign "would be stupid enough" to collude with Russia.

"And I'll grant all the Trump critics, if you want to focus on the fact that the president did not -- wasn't strong enough about this in terms of what their interference was, I would give that to you," Kingston admitted. "But on other hand, I would also say the people who for over a year now have said the Trump campaign was involved in this and they were up to their neck in collusion, I think it is time for those critics to also say, 'perhaps we were wrong about this and that Russian interference was aimed at America in general in terms of creating chaos and disruption.'"

"But Jack, when you say that people should move on from highlighting that the president didn't acknowledge the involvement of Russia, the president was briefed on this a year ago," Blackwell fact-checked.

"Okay, then Victor, it has to be fair game to talk about the October 22nd, 2012 criticism by Barack Obama of [Mitt] Romney, when he mocked Romney for saying that Russia was a geo-global threat," Kingston claimed.

"Nope," Blackwell dismissed. "Not relevant at all."

"You bring up an October 2012 debate on an indictment that starts in 2014," Blackwell continued.

Having failed to blame President Obama for Russian electoral interference, Kingston the resorted to attacking Bill and Hillary Clinton over the Uranium One conspiracy theory.

This was not the first time a CNN anchor had to correct their political commentator. Anderson Cooper had to shut down Kingston in January, Victor Blackwell also smacked down Kingston in December and just last week, Christi Paul had to reign him in.