'What a joke': Morning Joe calls out Trump supporters for holding president to a lower standard than comic Michelle Wolf 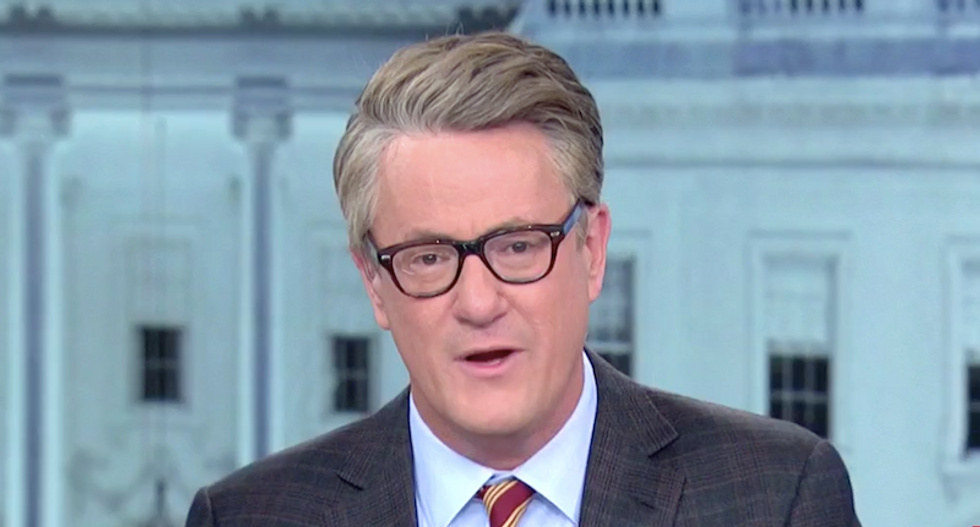 The "Morning Joe" host said the reaction to Saturday's event turned Twitter into a "dumpster fire" the following day, but he was flabbergasted by Trump supporters who were upset by the comedian's jokes.

"The New York Times compiled a list of 446 people, places and things that Donald Trump has insulted just on Twitter, just since he took office 15 months ago," Scarborough said. "So really, the criticism from Trump supporters is rich."

The show's producers played a montage of Trump insulting various people on TV -- especially Rosie O'Donnell -- and Scarborough recalled when the president had targeted him specifically for personal attacks.

"I must say, there were quite a few people that I've known and I've considered friends for some time saying they were shocked and stunned and deeply saddened and they were so shocked by the personal insults that they left early," he said. "Then they went to afterparties and had a great time there, but these friends of mine for 20 years certainly didn't call me up and say, 'Hey, Joe, we're thinking about you, so sorry he attacked your fiancée's appearance. Hey, Joe, we're sorry that Donald Trump said you're a murderer and you had to explain to your 9- or 14-year-old boy.'"

He hammered Trump supporters for holding the president of the United States to a lower standard of personal conduct than a stand-up comic.

"I understand it, I'm a big boy, I didn't bitch about it at the time," he added. "But these people so shocked and stunned and deeply saddened that a comedian did what comedians do, and yet they just apologized for Donald Trump over and over again and kept their mouths shut, what a joke."