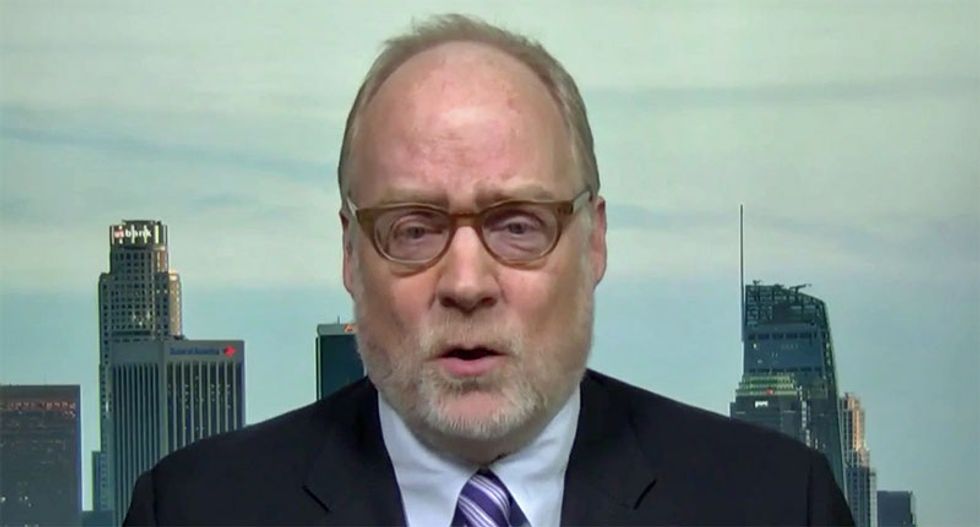 Michael Murphy is a Senior Fellow, Belfer Center for Science and International Affairs, JFK School of Government at Harvard University.

The Republican political strategist behind Sen. John McCain's "Straight Talk Express" campaign against then-Gov. George W. Bush (R-TX) for the 2000 presidential nomination, on Friday called for the GOP White House to fire Kelly Sadler by the end of the day.

Sadler reportedly joked about Sen. McCain dying in a strategy meeting over the nomination of Gina Haspel to lead the Central Intelligence Agency.

McCain, who was tortured as a Prisoner of War during the Vietnam War, opposes Haspel's confirmation over her "refusal to acknowledge torture's immorality."

"Mike, your initial reactions to all of this?" MSNBC anchor Judy Woodruff asked.

"Well, like a lot of people who know John McCain well, I'm pulling for him," Murphy replied. "But I'm also very offended by what the White House staffer says."

"This White House, regardless of party, has the lowest bar for staff qualifications that I've ever seen in politics," charged Murphy, who was also a top strategist for former California Gov. Arnold Schwarzenegger. "So we have a couple dregs over there and it's amazing she's still employed in the highest office in the land."

"Hopefully that will get rectified today," Murphy continued. "It was a horrible comment and it just shows the culture inside that place, which is a depressing thing."

"If you look at this through the prism of the extreme interrogation tactics, McCain has been clear for a long time about where he stands on it," Murphy noted. "It's a litmus test for him and I think it's totally legitimate, from his point of view, to oppose her nomination."

"He did it on factual grounds and for a childish White House response like this it's -- as I said, it's depressing -- but ultimately the culture is controlled by the president," he concluded. "That's how the culture in the White House is set and we've seen Donald Trump before, for a lot of people, not just Senator McCain, acting in a coarse and vulgar way, so that's part of the new reality of the Trump presidency."

Following the appearance, Murphy said that not only should Sadler be fired, but that Trump also owes McCain an apology.